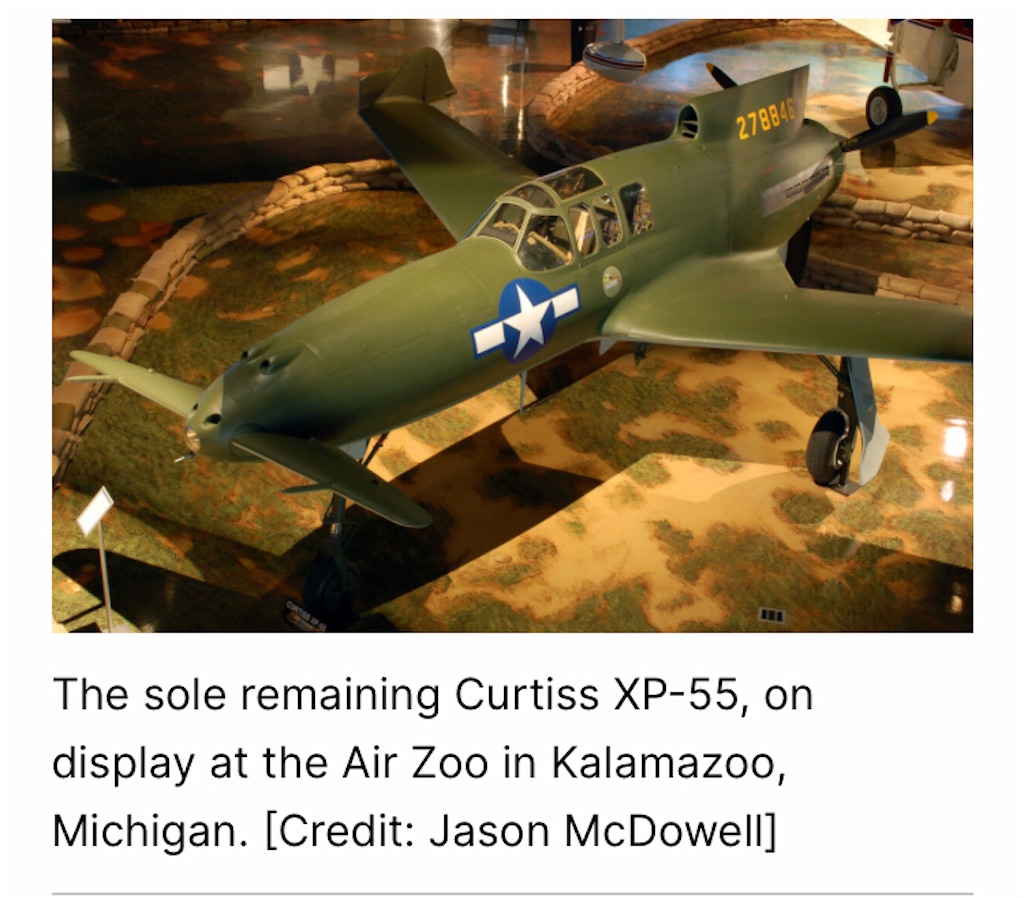 Unlike more traditional aircraft of the time, the XP-55 design mounted a 1,275 hp Allison V-12 engine behind the pilot.

In the world of aircraft design, the late 1930s and early 1940s were defined by rapidly-expanding technologies and open minds with which to pursue them. Tricycle landing gear had recently surfaced, and retractable landing gear enjoyed new popularity. All-metal airframe construction quickly gained traction as well, replacing fabric coverings.

As aircraft designs advanced, engineers pushed the limits ever further. In late 1939, when the Army requested a new fighter that performed better than any existing fighter at a lower price, the Curtiss engineers indeed challenged convention. They responded to the Army proposal with a swept-wing canard, powered by a 1,275 hp Allison V-12 as found in P-38s, P-40s, and P-51s. Unlike these more conventional aircraft, however, the XP-55 design mounted it behind the pilot and drove an aft-mounted pusher propeller.