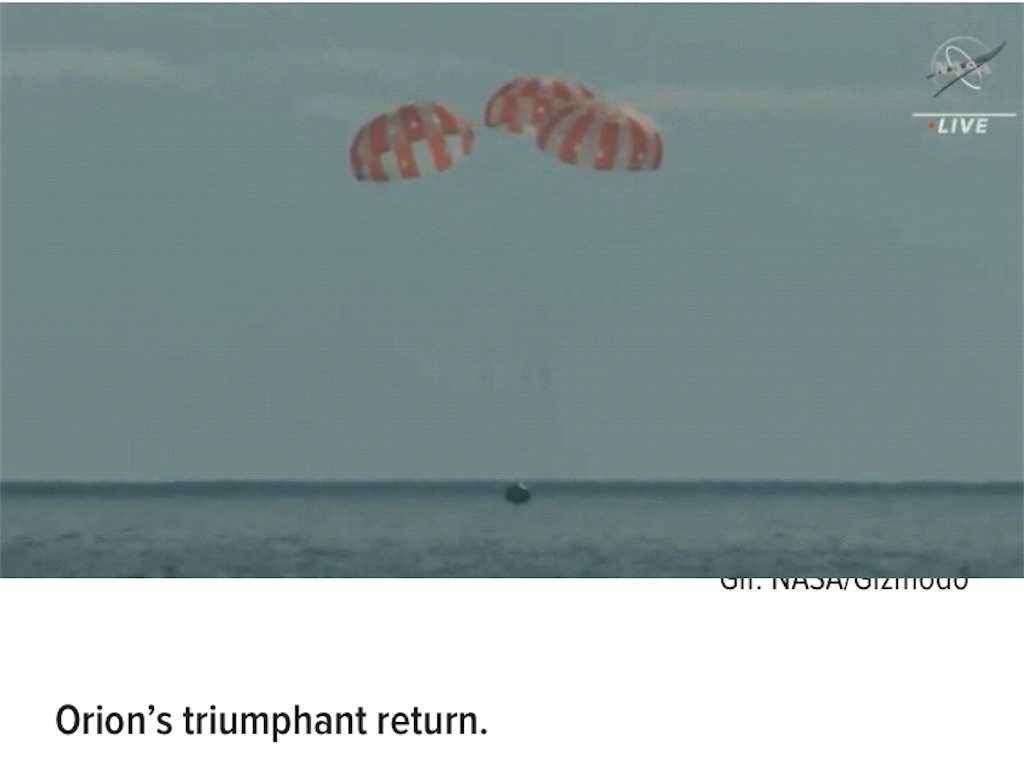 After 25.5 days in space and 1.3 million miles traveled, Orion is back home following the thrilling debut of NASA’s Artemis program.

The uncrewed Orion spacecraft performed a flawless splashdown in the Pacific Ocean earlier today, in what is a very promising and exciting start to the Artemis era of lunar missions.

A recovery team led by NASA’s Exploration Ground Systems is in the midst of recovering the capsule, a careful process that can take upwards of five hours to complete. Orion splashed down at 12:40 p.m. ET as expected, roughly 100 miles (160 kilometers) west of Guadalupe Island near Baja, California. The plan is for the USS John P. Murtha to deliver the capsule to a naval base in San Diego, and then for a truck to deliver it to Kennedy Space Center in Florida, where it will undergo thorough inspections. Preliminary inspections from helicopter indicate that the capsule is undamaged.

« The Short, Unconventional Life of the C… How to Apply for Global Entry: A Step-b… »
プロフィール