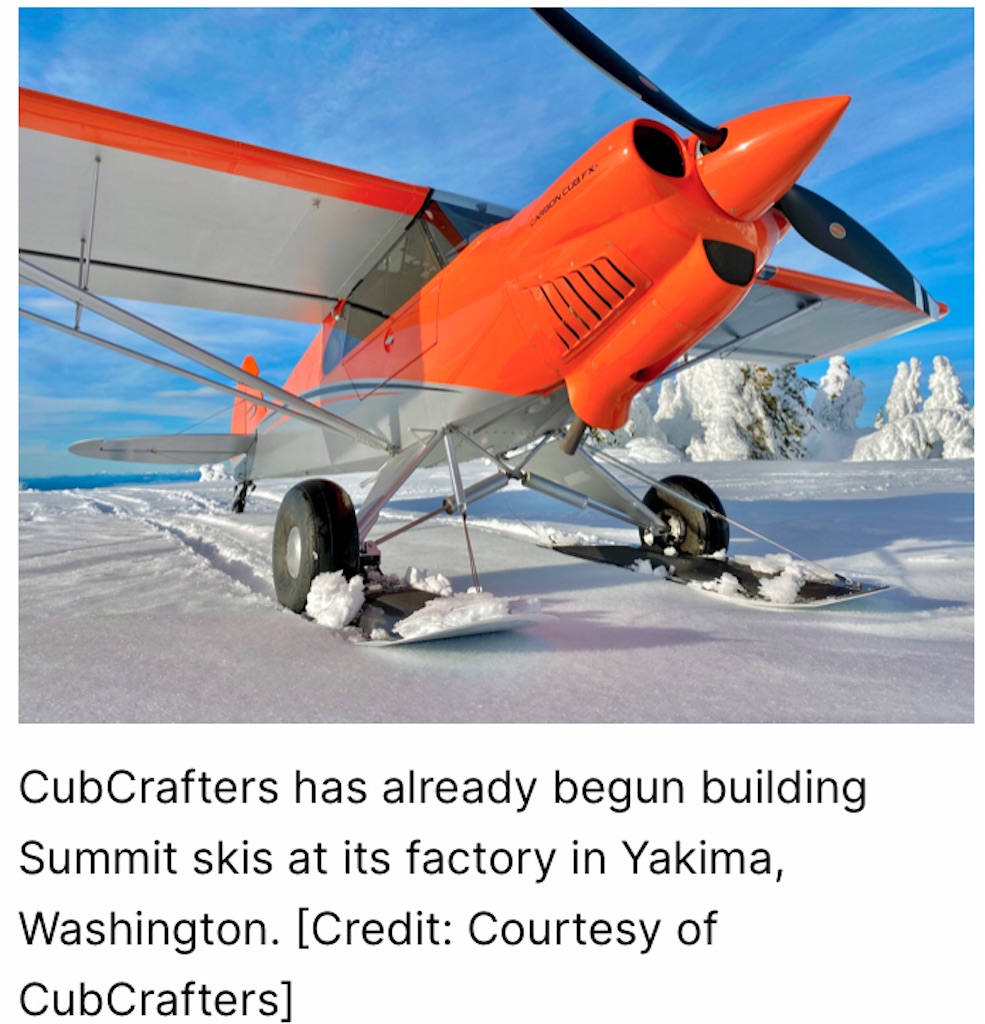 Cub pilots can go play in the snow after the OEM acquired Summit Aircraft Skis.

CubCrafters—the manufacturers of Part 23 light sport and experimental backcountry aircraft—is about to make it easier for pilots to play in the snow. The Yakima-based aircraft company has acquired Summit Aircraft Skis,including the company’s design and manufacturing assets, unique patents, and related intellectual property, from the Summit Aircraft Corporation of Sandpoint, Idaho.

According to CubCrafters, Summit Aircraft Skis are a favorite of owners of CubCrafters Carbon Cubs—as well as many other aircraft—because the unique ski design allows pilots to take their aircraft into the backcountry even when the landing areas are not cleared of snow. CubCrafters notes the manufacturing of skis has already begun at its Yakima factory.

About the Ski Design
Mike Custard, founder of Summit Aircraft Corporation, notes that the Summit Ski design utilizes a patented bolt-on attachment bracket that completely eliminates the need to weld skis to the landing gear. The Summit Skis also weigh less than and are more aerodynamic than most competitors’ penetration skis.