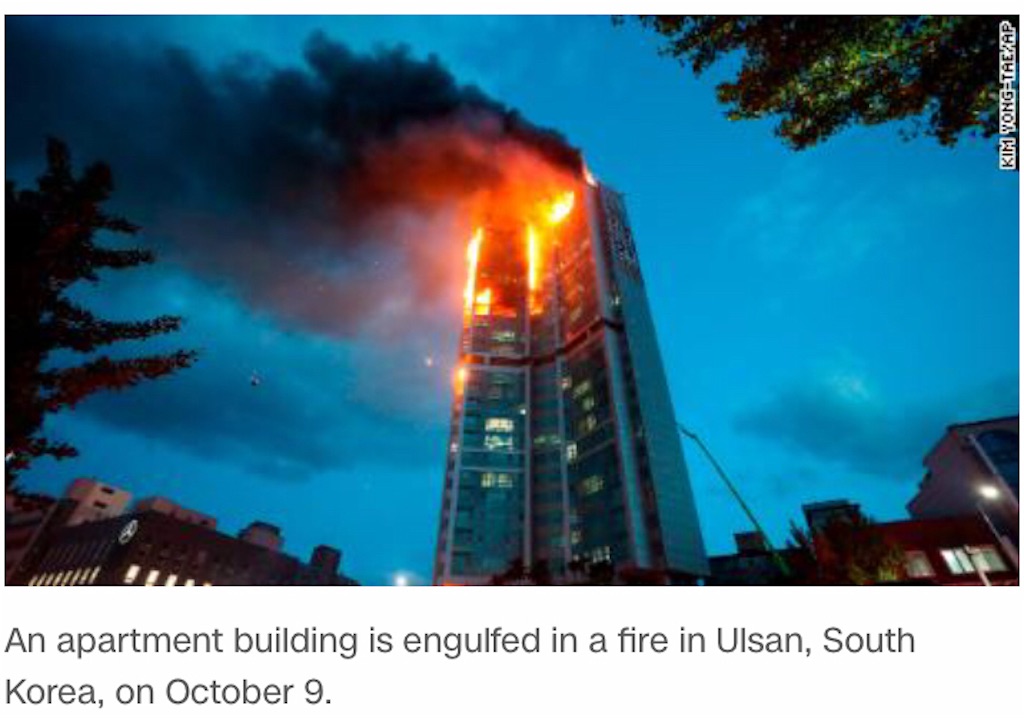 CNN - Dozens were hospitalized in the South Korean city of Ulsan, after a fire engulfed multiple floors of an apartment building late Thursday night.
The fire broke out at the 33-story building around 11 p.m., and continued burning through Friday morning, authorities told CNN. Photos of the scene show black smoke billowing above the building, and blackened debris scattered along the street.
There have been no deaths reported so far. 91 people were sent to hospital for minor injuries such as smoke inhalation and abrasions, according to the Ulsan Fire Department.

77 people were rescued from the building, and another 82 were evacuated to a nearby hotel, according to the country's Ministry of the Interior and Safety.