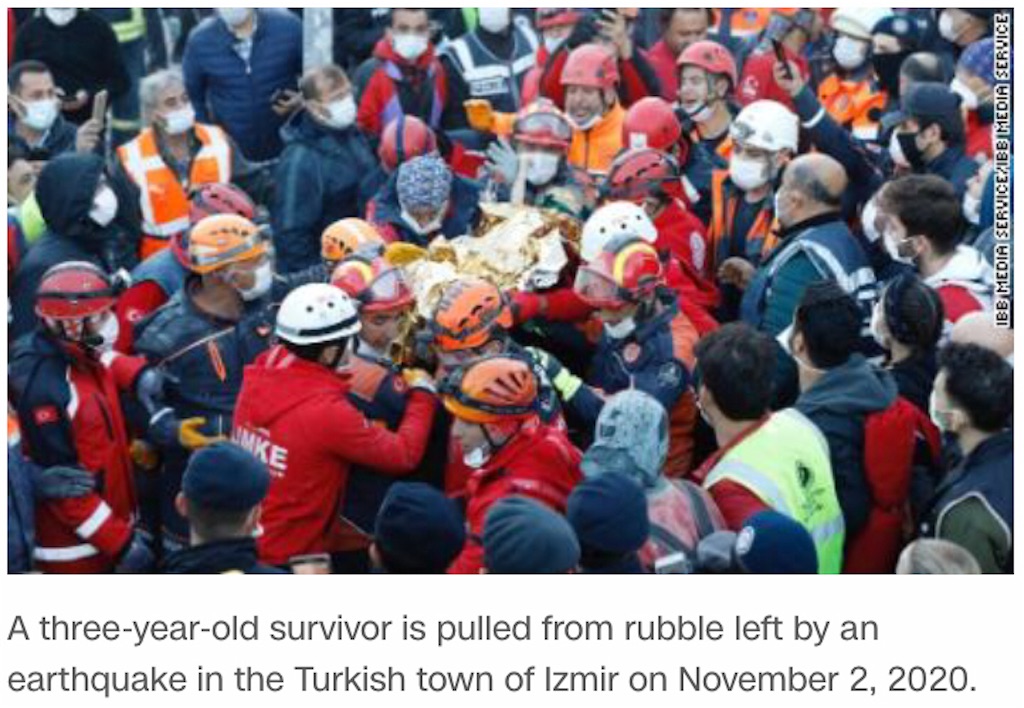 Istanbul, Turkey (CNN)A three-year-old girl has been rescued alive from a collapsed apartment building in Izmir, Turkey, following Friday's strong earthquake, according to Turkish state news agency Anadolu.
The child, identified by authorities as Elif Perincek, was rescued on Monday morning, more than 65 hours after the devastating quake struck. The Turkish health minister Fahrettin Koca said Perincek's mother and two others were rescued earlier, but unfortunately one of her siblings had died.
News of the rescue came just hours after another child was found alive under the rubble and safely brought to the surface by rescue teams. Turkey's Disaster and Emergency Management Authority (AFAD) said that 14-year-old Idil Sirin was rescued after she had spent more than 58 hours trapped under a collapsed building. 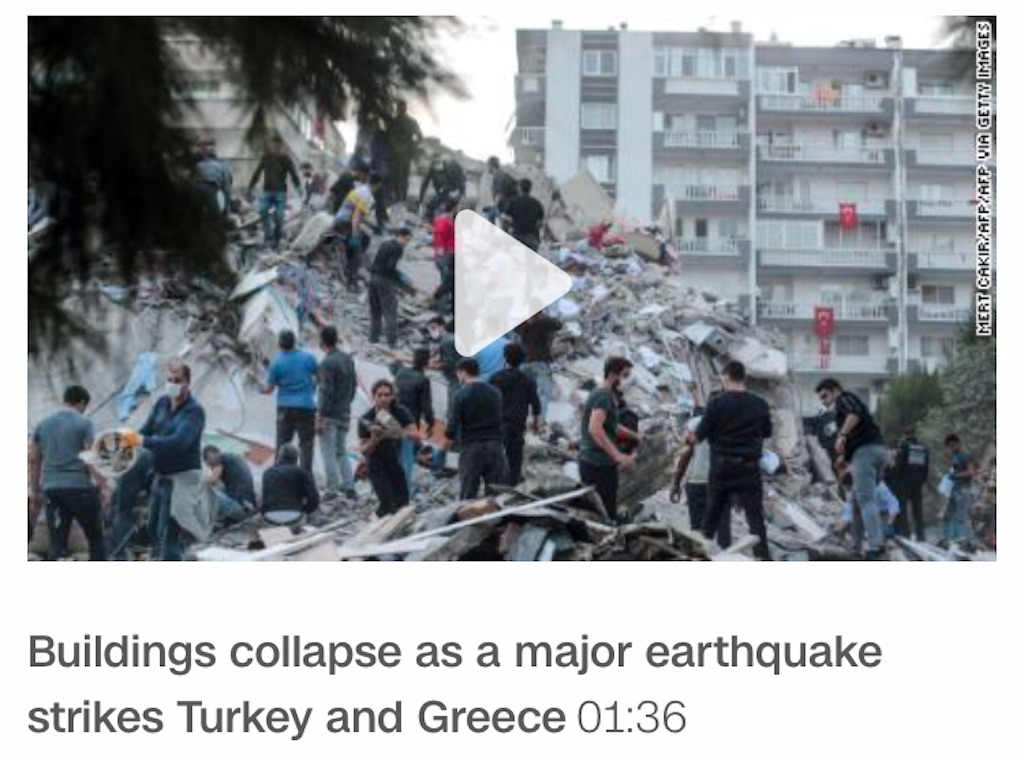