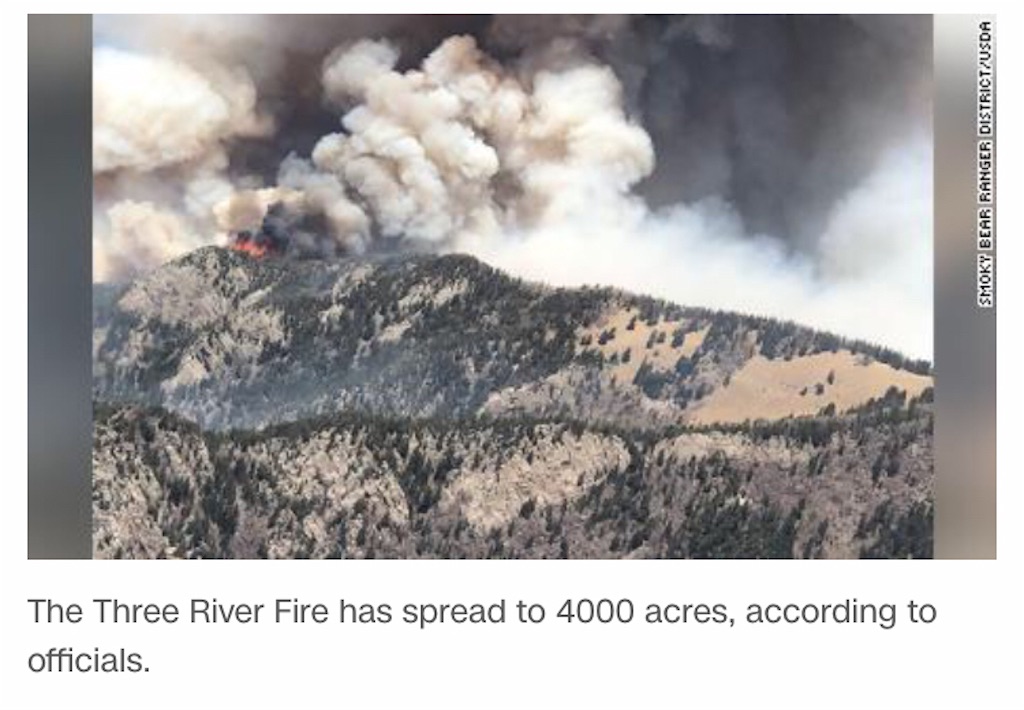 (CNN)The Three Rivers Fire has burned 4,000 acres in New Mexico and has not been contained, according to a press release on the New Mexico Fire Information site.
The fire "is being driven by steep terrain and extreme fire weather conditions, including gusty winds and low humidity levels around 8 percent," the release said.
There has been no containment of the blaze, which is burning about 60 miles northeast of White Sand National Park and about three hours south of Albuquerque.
"The fire started ½ a mile north of Three Rivers Campground and has spread almost to Ski Apache and into the South Fork Bonito area," the release said.