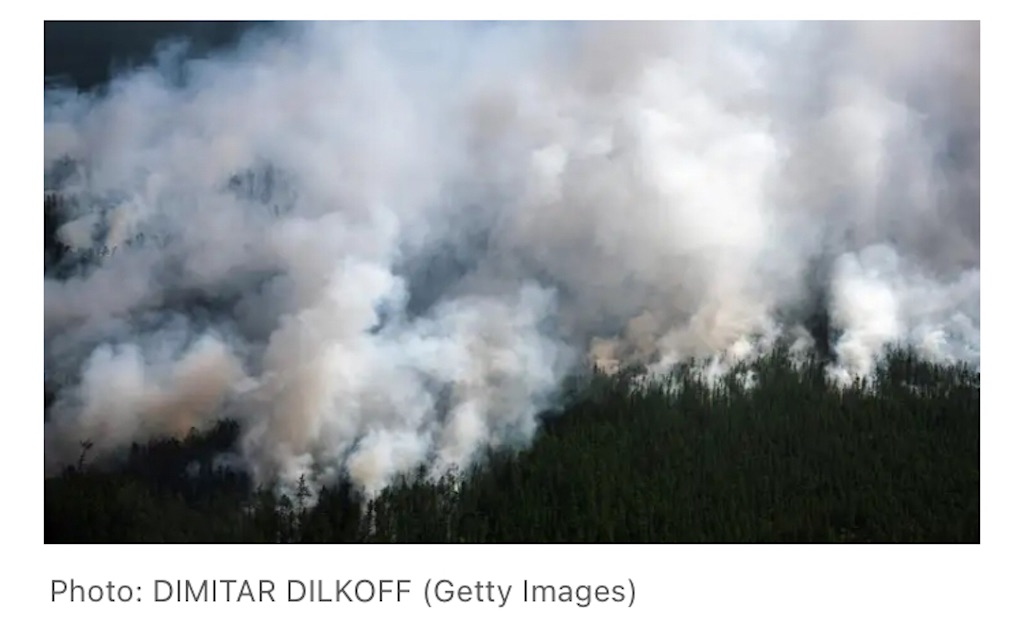 The plumes of smoke from the fires will also reach northern Canada, showing nowhere is safe from the climate emergency.

Siberia is a famously cold place. But since May, it’s been extremely hot and extremely on fire. Those wildfires are so extreme that they’ve sent smoke streaming to the North Pole, and the plume is expected to reach Canada later this week.

This year’s wildfires are already outpacing last year’s record-setting season in terms of carbon dioxide being pumped into the atmosphere. Emissions from the fires are double the 2003 to 2020 average, and the flames are still spreading as fire rage out of control in an area known as the Sakha Republic.

Copernicus, the European Union’s Earth Observation Program forecast that plume was likely to reach the North Pole on Monday, traveling more than 2,000 miles (3,219 kilometers) to get there. Satellite images captured by NASA confirmed that forecast, with dense smoke swirling amidst the clouds over the top of the world. This marks the first time plumes from Siberian wildfires will have ever reached the region.

« Hmm, the Secretary of Defense Just Visi… The pandemic effect is slowing »
プロフィール