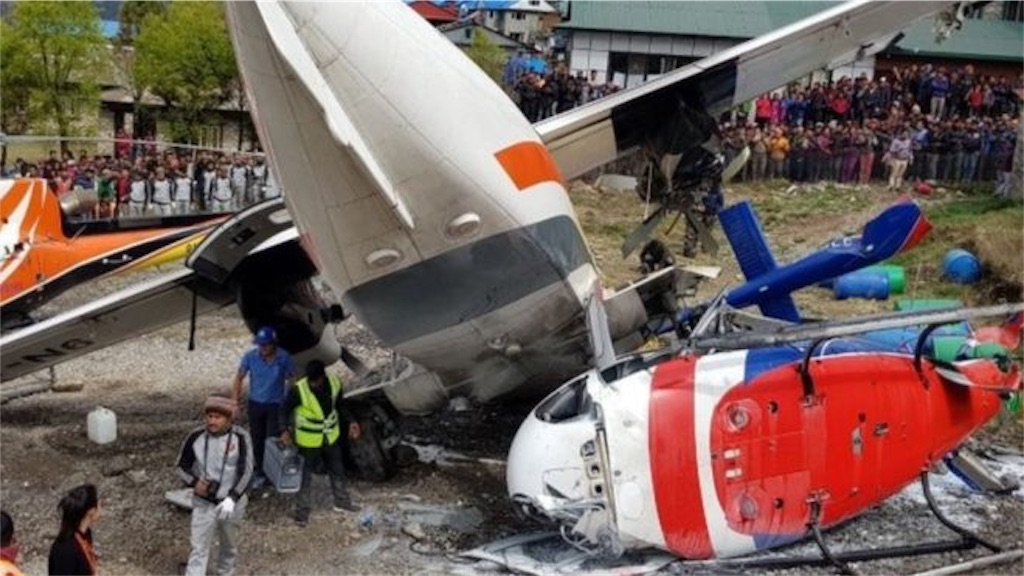 Three people have died in a plane crash in Nepal, at what is regarded as one of the world's most dangerous airports.

The plane veered off the runway and hit a stationary helicopter at Lukla Airport, the main gateway to the Everest region.
The runway is short and surrounded by mountains, making it extremely difficult for takeoff and landing.
The pilot of the plane and two police officers standing near the helicopter died. Three other people were injured.
Both aircraft belonged to companies involved in taking climbers, tourists and locals to the Everest region.
The reason for Saturday's accident is not clear. Officials said the weather was good and flights later resumed their operations.
Eyewitness Bikram Raj Bhandari told the BBC: "I heard an explosion from some distance and ran towards the airport to see what had happened. There was smoke all around."
The world's most dangerous airport?
Lukla Airport is located at an altitude of 2,845m (9,333ft).