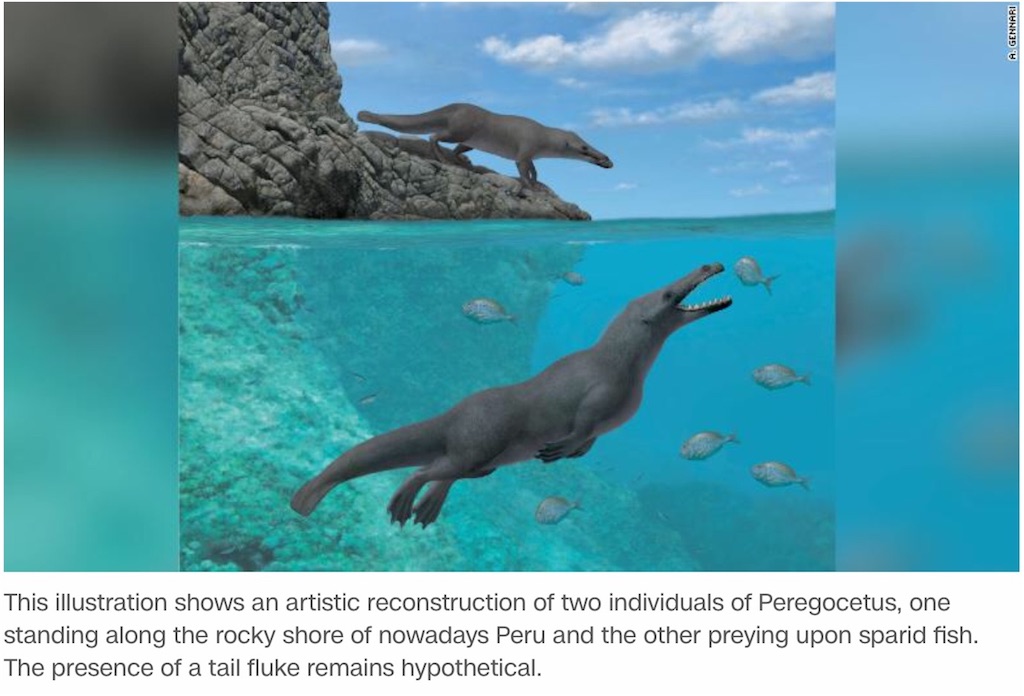 (CNN) - The whales we know today look nothing like they did millions of years ago.

Instead, cetaceans, the group including today's whales and dolphins, evolved 50 million years ago from small four-legged animals with hooves.
Rather than being one of the largest creatures on Earth, as they are now, they came from creatures that were the size of an average dog.

« Three die at world's 'most dangerous' a… A black hole, once a mathematical curio… »
プロフィール