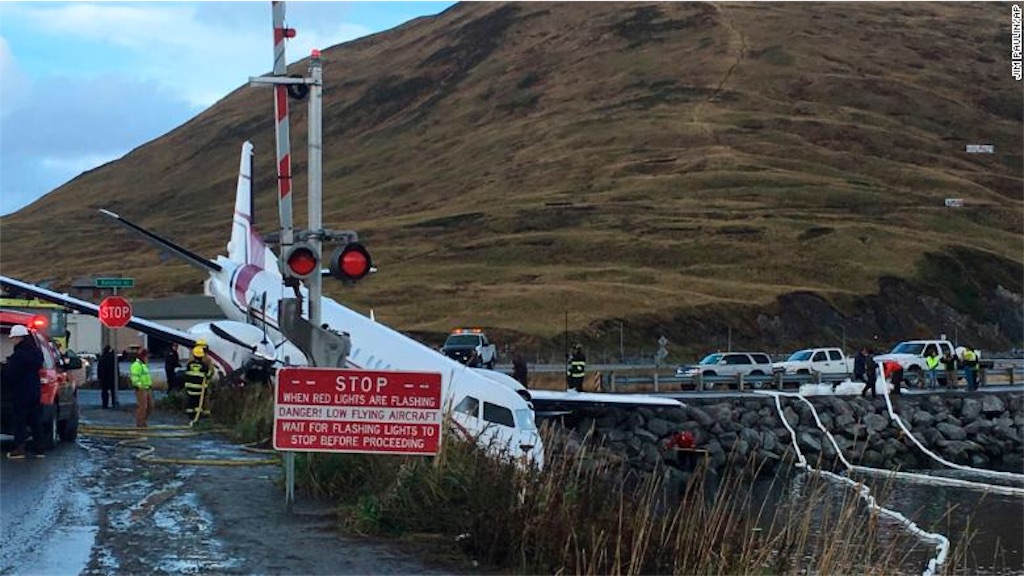 A commuter airplane crashed near the airport in a small Alaska community on the Bering Sea in Unalaska, Alaska.

CNN - A plane carrying 42 people, including a high school swim team, went off an airport runway while trying to land Thursday in Alaska.

PenAir Flight 3296 from Anchorage to the city of Dutch Harbor landed near a body of water by Unalaska-Dutch Harbor Airport, according to Alaska Airlines.
"PenAir operates the Anchorage-Dutch Harbor service for Alaska Airlines with a Saab 2000 aircraft," the airline said in a statement.
At approximately 6 p.m.(local time), the Alaska Department of Transportation and Public Facilities said they were notified about the incident.
The incident happened during a 5:40 p.m. (local time) landing, Alaska Airlines said. The plane went off the runway in the small Alaska community near the Bering Sea.
It's unclear if there are any injuries. Three crewmembers and 39 passengers were onboard.

Have a good weekend ❗️