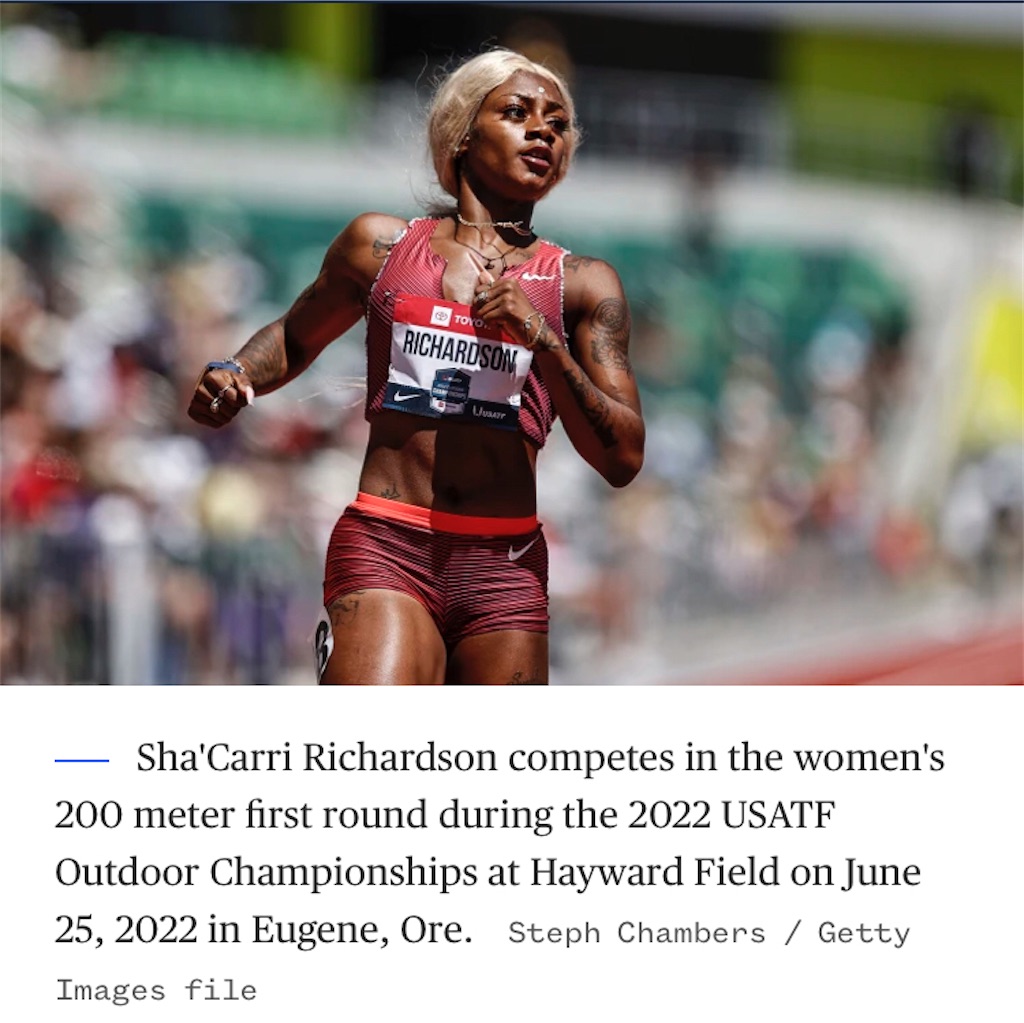 U.S. track and field star Sha’Carri Richardsonclaims she was removed from an American Airlines plane after she had an argument with a flight attendant.

In a series of posts and stories on her official Instagram, the 22-year-old says that a male flight attendant asked her to get off a phone call, which she did before telling him that she didn't like his tone.

"Following that while standing in front of me doing the safety protocols he continued to lean over to look at my phone," Richardson said in an Instagram story tagging American Airlines. "He asked to see that my phones were in airplane mode at this point. He demanded that me show him. Which I did in front of him."