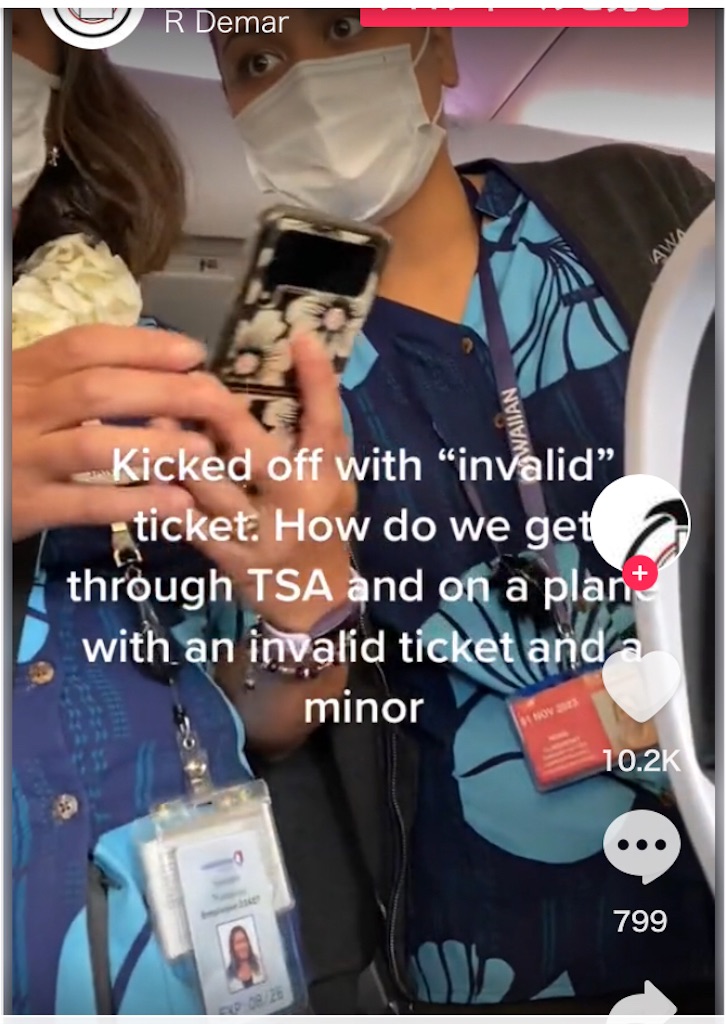 Ryan Demarre and his daughter of Coeur d’Alene, Idaho, were sitting on a Hawaiian Airlines flight waiting for takeoff. They had gone through all security lines and had their boarding passes scanned at the gate in order to board the plane to Maui.

Once he was off the plane, the agents told him that they’re trying to figure out why the ticket was invalid. When Ryan asked if he is going to be able to still fly on this flight, he was told that he will not make this flight but his bag will still fly on the Hawaiian flight to Maui.