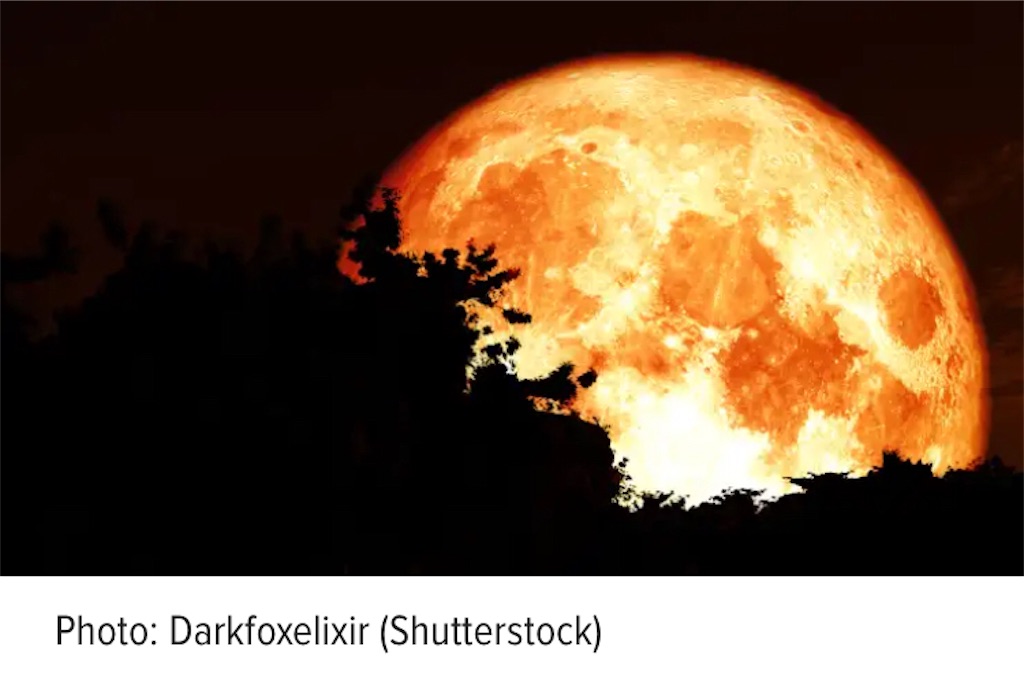 October’s full moon rises October 9, but you can see it early.

You can see October’s full moon, called “The Hunter’s Moon,” rise on Sunday, October 9. It will be at its absolute brightest at at 4:54 P.M. ET, but you’ll have to wait for it to float over the horizon to see it. Or check it out on Saturday night; it won’t be fully full, but it will be close enough.

Why is October’s moon called The Hunter’s Moon?
The unofficial names of moons mostly come from Native Americans. It’s thought that the name “Hunter Moon” is a suggestion (or warning) that it’s time to prepare for the coming winter by bagging some game—the animals are fattened up and the fieldsharvested to take cover away from the prey, and hunting can be done by the light of the moon. There’s really no excuse for you not to hunt, unless you live in Minneapolis and work in accounts payable or something.