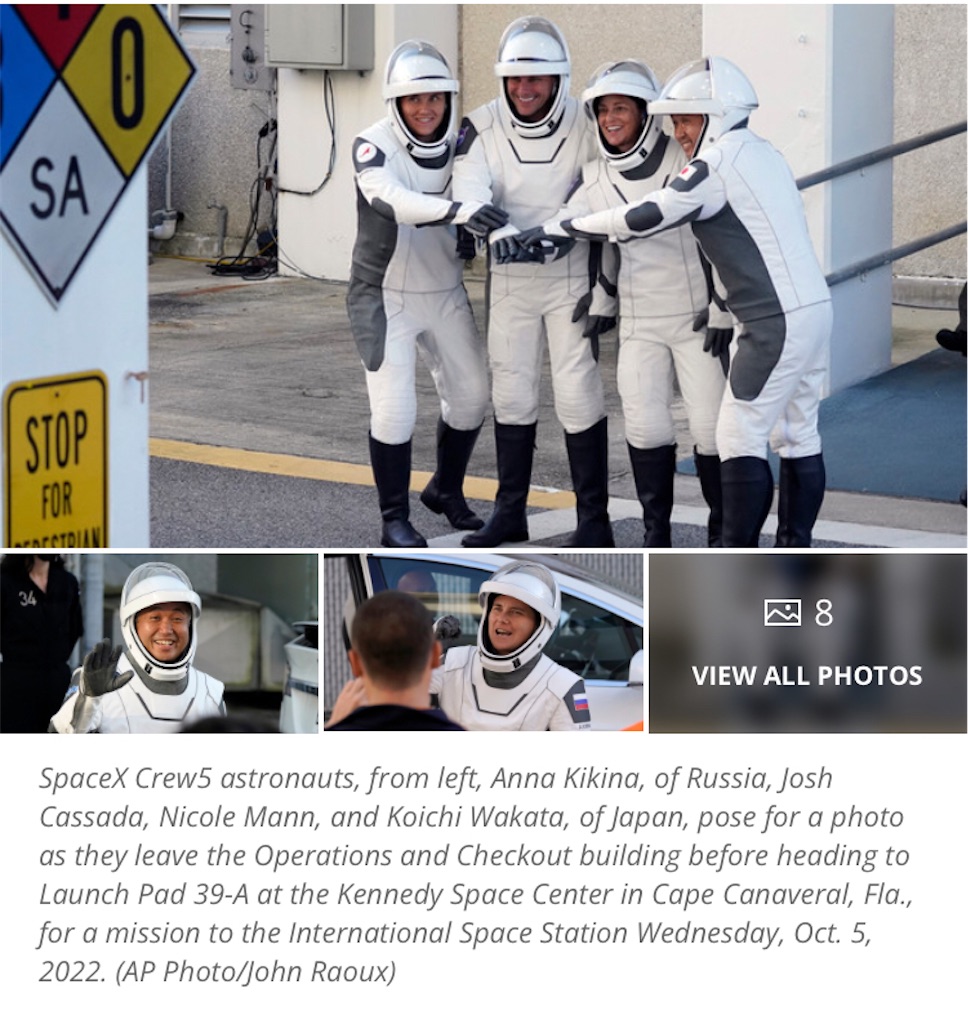 CAPE CANAVERAL, Fla. (AP) — For the first time in 20 years, a Russian cosmonaut rocketed from the U.S. on Wednesday, launching to the International Space Station alongside NASA and Japanese astronauts despite tensions over the war in Ukraine.

Their SpaceX flight was delayed by Hurricane Ian, which ripped across the state last week.

"I hope with this launch we will brighten up the skies over Florida a little bit for everyone," said the Japan Space Agency's Koichi Wakata, who is making his fifth spaceflight.