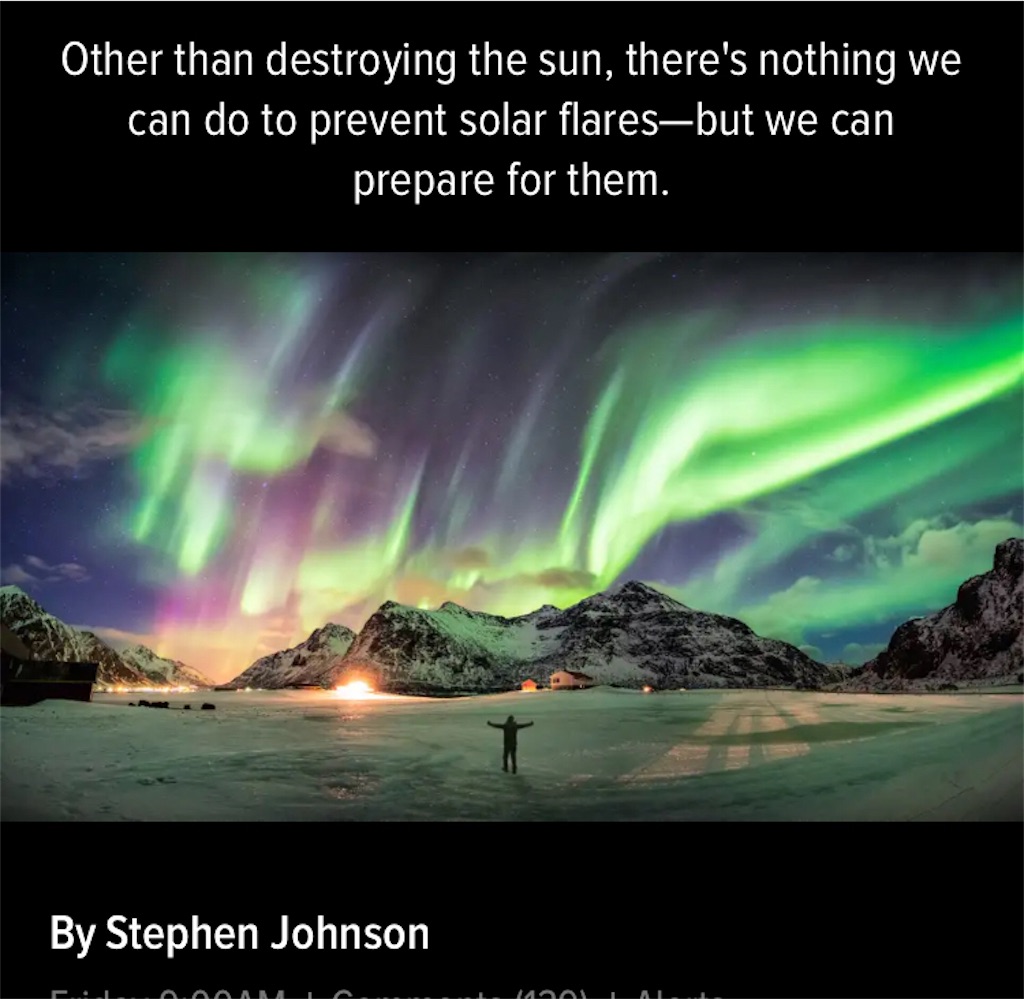 How should you prepare for a massive solar storm?
On an individual level, preparing for a massive solar flare striking our planet is refreshingly doable—this isn’t a zombie apocalypse or a nuclear war we’re talking about. First, remember that the storm won’t hurt you, so the worse result is that your power and your ability to communicate with others would be fried for a bit. Maybe for a few days. Maybe for a month. (Also: Your 401(k) would probably tank as the economy reels.)

The day before the storm
Unlike earthquakes and nuclear attacks, we will likely have warning of a coming magnetic storm—the 1859 Carrington Event was observed 19 hours before it hit Earth—so you should have at least half a day to brace yourself for the coming unpleasantness. Even if you didn’t prepare ahead of time at all (lazy!), you’ll still be able to fill containers with water, hit the grocery stores for non-perishables, and otherwise mentally prepare for a week or so without being able to play Apex: Legends.

« Six dead, no hope of more survivors aft… How to Automatically Translate a Spoken… »
プロフィール