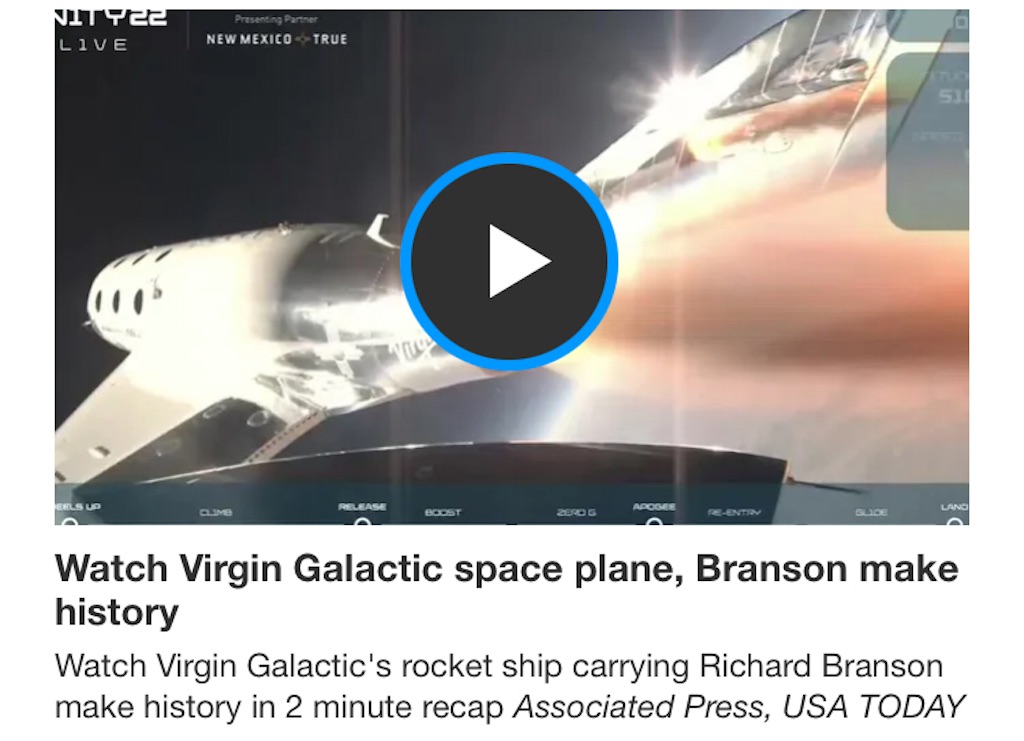 ・Richard Branson was accompanied by two pilots and three mission specialists.
・Branson, who turns 71 in a week, had originally planned the flight for later this summer.
・Virgin Galactic has plans for two more test flights before commercial service begins in 2022.

Branson and his crew experienced about four minutes of weightlessness before their space plane smoothly glided to a runway landing. The entire trip, delayed 90 minutes because of bad weather the previous night, lasted about an hour. An ecstatic Branson hugged family and friends who greeted him after landing.