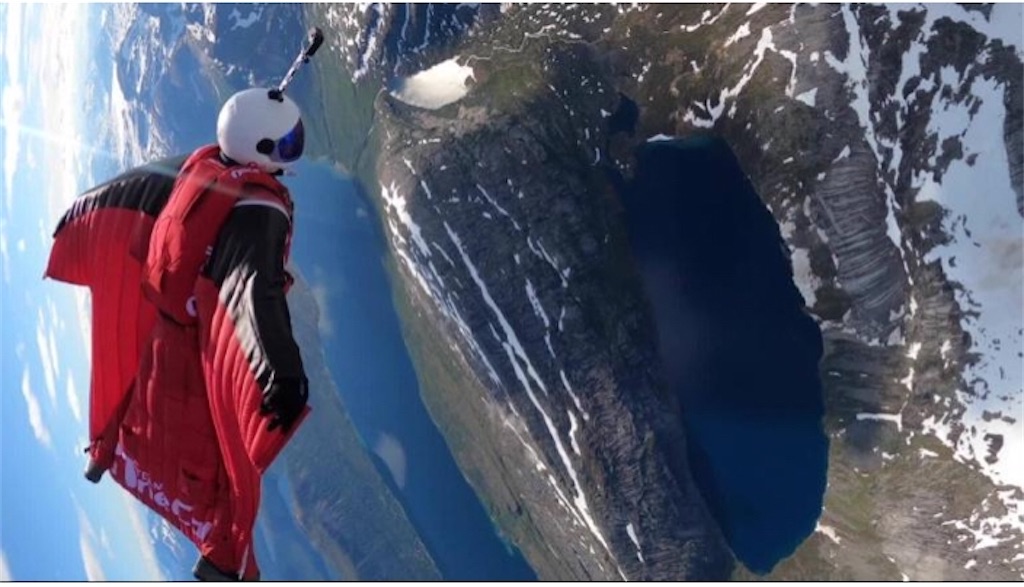 CNN - Jumping out of helicopters, flying under bridges and landing onto fast-moving cars is what Norwegian Bjorn Magne Brynplans to do for the rest of his life.
The 43-year-old professional skydiver and base jumper has performed over 7,000 jumps in his career -- but his latest death-defying stunt was arguably the most jaw-dropping.
Performed on July 14, the jump involved free-falling from a helicopter onto Norway's Stetind, a mountain unique for its obelisk shape. Thirty seconds after landing, he had to base-jump down the 4,567-foot mountain with a wing suit.

"The skydive was pretty spectacular because it's very, very difficult to land on the spot like that. And it also gives you visuals that you're not used to handling," Bryn tells CNN Sport.
That wasn't the first time Bryn had put his life on the line, of course. In the past, he has done a parachute jump before landing in a Ford Mustang Cabriolet traveling at 50 miles per hour, and swooped under a snowmobile that backflipped over him.