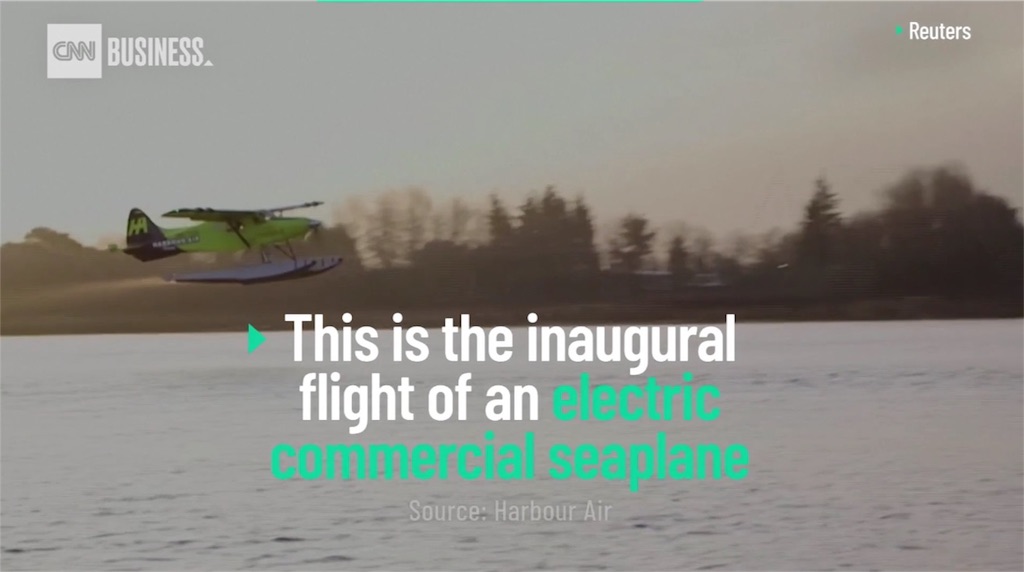 (CNN) — A fully electric commercial plane has completed a test flight in Canada in what operators have called a "world first" for the aviation industry.
The six-seater plane -- a 62-year-old seaplane re-fitted with a fully electric 750 horsepower motor -- took off from Vancouver on Tuesday and was airborne for less than 15 minutes, according to the news agency AFP.
Greg McDougall, CEO and founder of Harbour Air, piloted the inaugural flight on one of his company's aircraft.
"Today, we made history," said McDougall, who praised his company's "innovation" in achieving a "world-first milestone."
The flight marks the start of the third aviation age -- "the electric age" -- according to a statement made by Harbour Air on its website.
Harbour Air didn't immediately respond to a CNN request for comment.