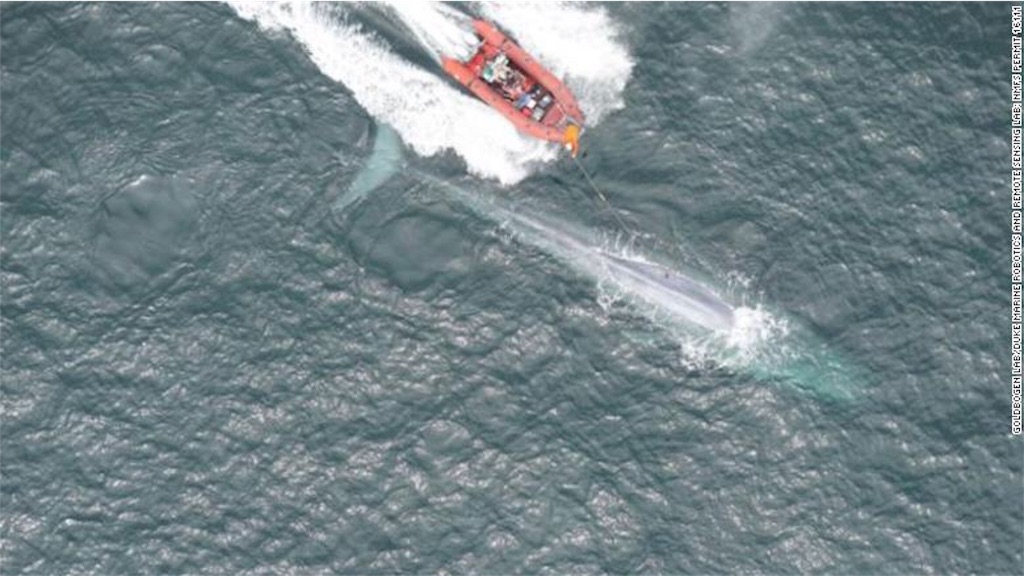 Researchers from the Goldbogen Lab place a suction-cup tag on a blue whale in Monterey Bay.

CNN - For the first time, scientists have recorded the heart rate of a blue whale, uncovering new information about the biology of the world's largest mammal.

After measuring the heart rates of diving emperor penguins and captive whales, researchers from the University of Stanford decided to try to measure the heart rates of wild whales.
Using suction cups, biologists attached electronic sensors to a blue whale's left flipper to measure its heart rate -- with surprising findings.

The animal's highest heart rate -- between 25 and 37 beats per minute -- occurred at the surface when it was breathing and restoring oxygen levels, scientists said in research published in Proceedings of the National Academy of Sciences Monday.

« Scientists have discovered a 'monster' … The 10 Most Popular Wines in America, R… »
プロフィール