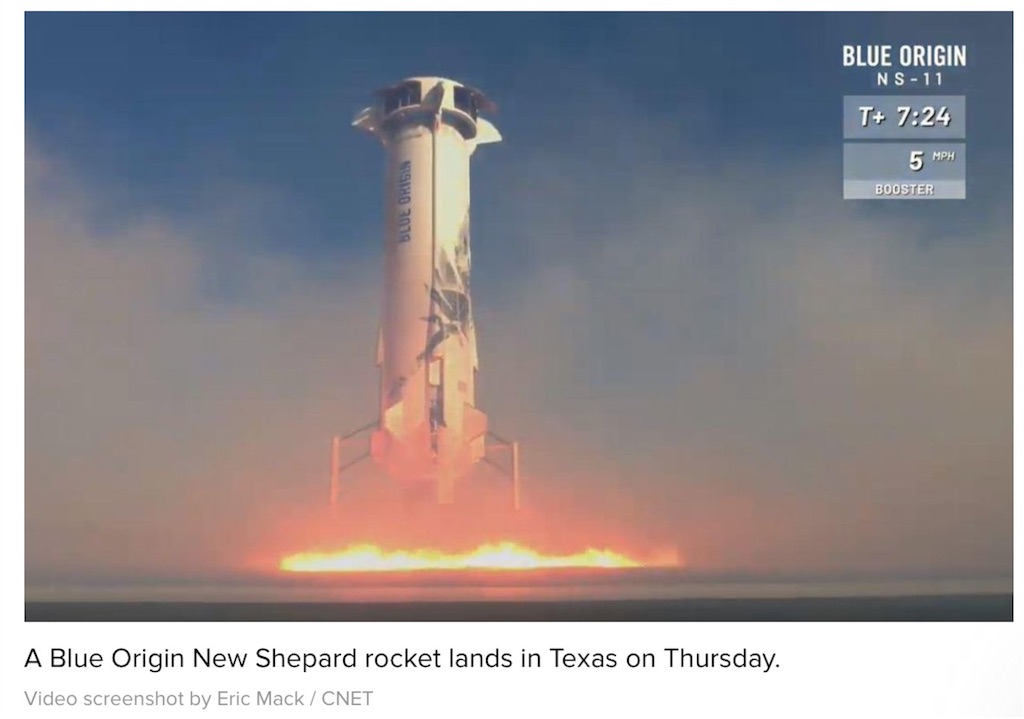 A Blue Origin New Shepard rocket made its fifth trip to space and back from west Texas on Thursday morning.

The reusable spacecraft carried a whole mess of microgravity science experiments to the edge of space just after 6:32 a.m. PT before the (unoccupied) crew capsule and rocket booster separated from each other. Both then landed back at the company's launch facility in the desert.

The webcast leading up to the launch also served as an extended advertisement for the seats on future New Shepard flights that Blue Origin, the commercial space company owned by Amazon founder Jeff Bezos, will be selling to tourists. Ariane Cornell, who handles sales for the company, noted repeatedly that the company plans to start sending humans to space by the end of this year.