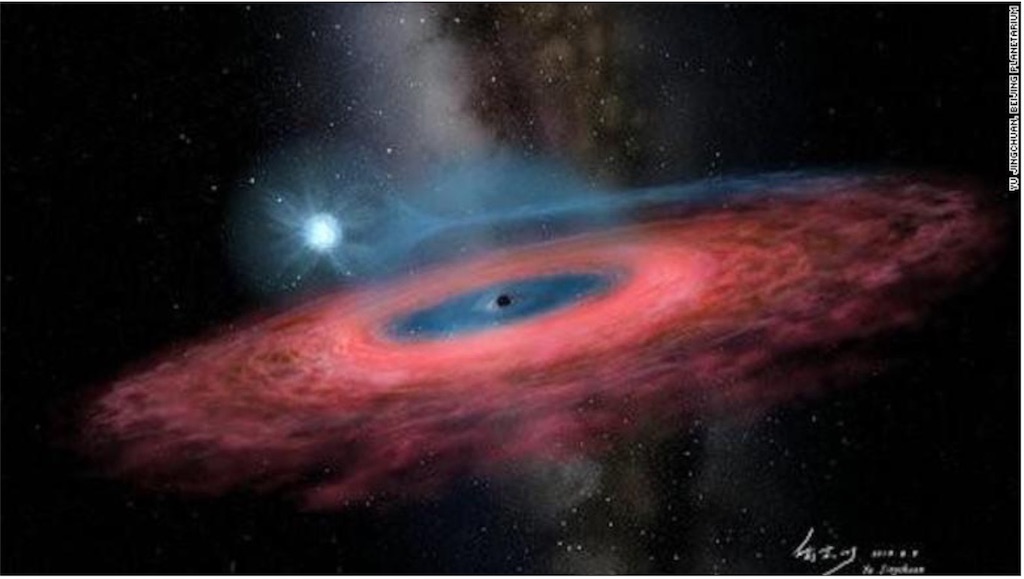 CNN - Scientists have discovered a "monster black hole" so massive that, in theory, it shouldn't exist.

It's a stellar black hole — the type that forms after stars die, collapse, and explode. Researchers had previously believed that the size limit was no more than 20 times the mass of our sun because as these stars die, they lose most of their mass through explosions that expel matter and gas swept away by stellar winds.
This theory has now been toppled by LB-1, the newly-discovered black hole. Located about 15,000 light years away, it has a mass 70 times greater than our sun, according to a press release from the Chinese Academy of Sciences.
The findings were published by Chinese researchers in the journal Nature on Wednesday.