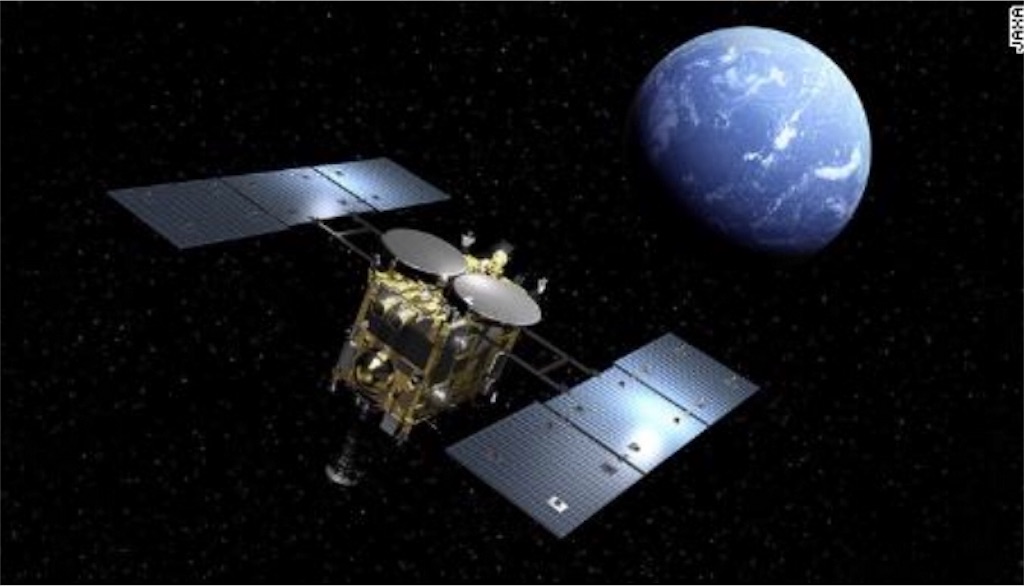 Hayabusa 2 explored not only the origins of the planets but also the origin of the water of Earth's oceans and the source of life.

CNN - For a little over a year, a tiny unmanned Japanese spacecraft has been sampling the surface of the near-Earth asteroid Ryugu, capturing images, blasting a little crater in it, and firing a "bullet" into its exterior to dislodge particles.

Now, after traveling about 180 million miles, Hayabusa2 has begun its yearlong journey back to Earth with valuable data and soil samples in tow.
The Japanese Aerospace Exploration Agency hopes to use the materials to explore the origins of the planets and the source of Earth's oceans.