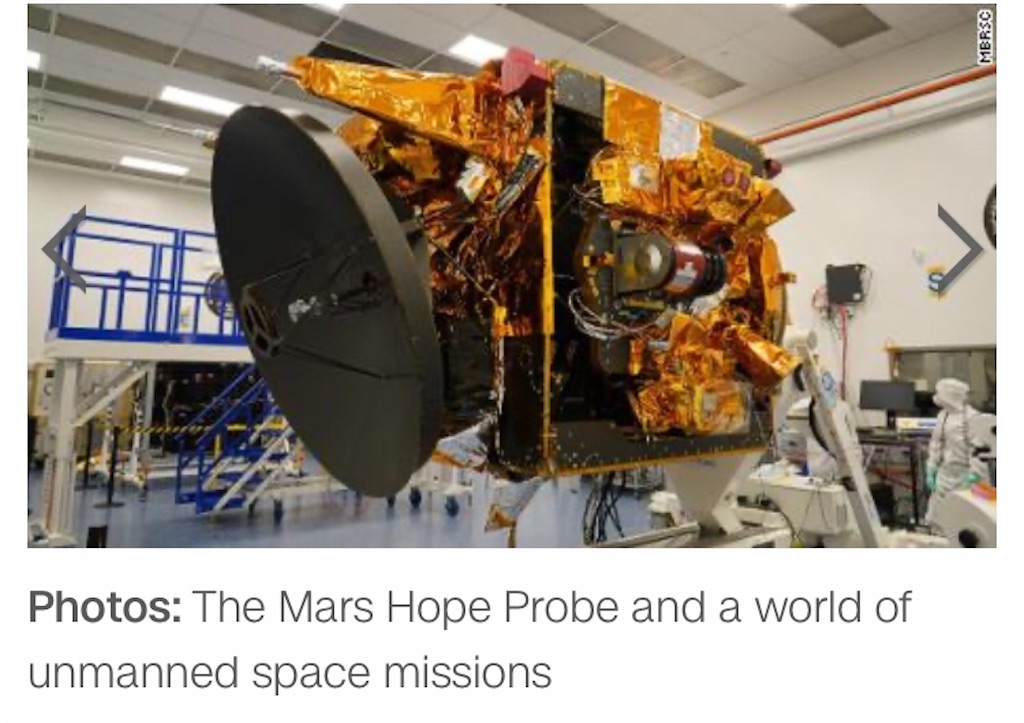 CNN -  In Tanegashima, Japan, a spacecraft named Hope is being prepared for its launch towards Mars.
If all goes to plan, the UAE's Mars Hope Probe (or "Al Amal" in Arabic) will blast off this summer, reaching the Red Planet in February 2021.
Not only will the arrival of the 1,350-kilogram probe coincide with celebrations for the 50th anniversary of the establishment of the UAE, but it will also mark the first time the country orbits Mars.

Hope's scientists, from Dubai's Mohammed Bin Rashid Space Center (MBRSC), plan to send the craft into space at the same time as NASA's Perseverance Rover and China's first Mars mission, Tianwen 1. They are aiming to launch during the biennial window, when Earth and Mars are closest together, starting in July 2020 and going into early August.