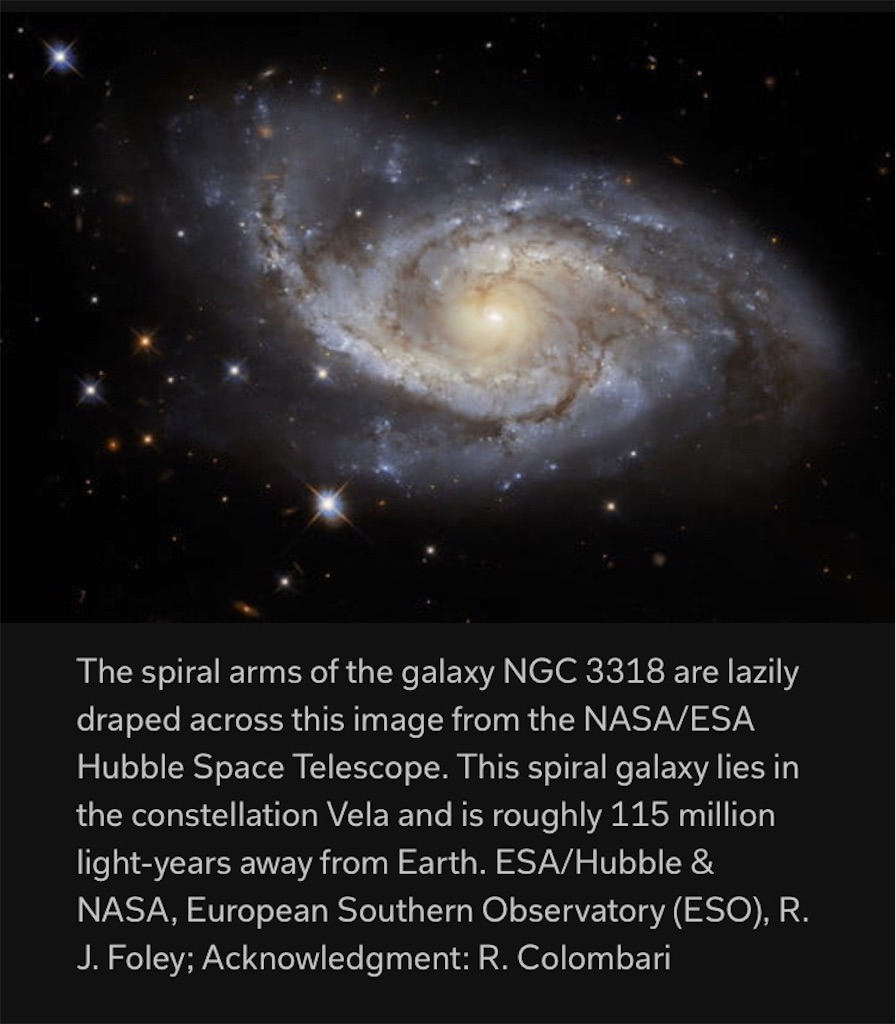 The Hubble Space Telescope has captured another stunning image of deep space — this one showing the distant galaxy NGC 3381. Located 115 million light-years away, this elegant shape is a classic spiral galaxy, located in the constellation of Vela.

The constellation of Vela has an interesting and nautical-related history, as the Hubble scientists describe in a NASA statement: “Vela was originally part of a far larger constellation, known as Argo Navis after the fabled ship Argo from Greek mythology, but this unwieldy constellation proved to be impractically large. Argo Navis was split into three separate parts called Carina, Puppis, and Vela – each named after part of the Argo. As befits a galaxy in a nautically inspired constellation, the outer edges of NGC 3318 almost resemble a ship’s sails billowing in a gentle breeze.”

The Hubble Space Telescope is over 30 years old, having been launched back in 1990, but it continues to be an invaluable tool both for astronomy research and for sharing striking images of space with the general public. The telescope recently passed an impressive milestone of having been operational for one billion seconds, during which time it has uncovered vital information about the expansion of the universe as well as imaging targets both distant and in our own solar system.

The telescope suffered from two issuesthat caused it to be put into safe mode last year: One hardware failure and one synchronization issue, both likely related to its age. However, both issues were able to be fixed and it is currently continuing its work once again.

« No, you can't help yourself to business… Unruly passenger who refused to wear ma… »
プロフィール