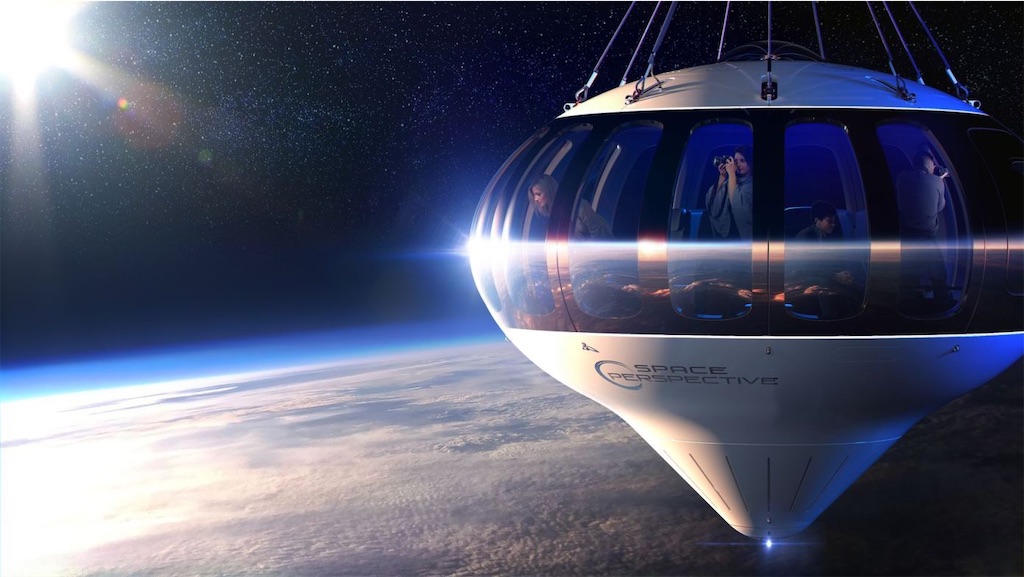 There’s a new company that wants to get into the commercial space tourism business — with a unique spin that involves non-traditional launch vehicles. Space Perspective, a new startup founded by Jane Poynter and Taber MacCallum, intends to fly a pressurized capsule to the upper edge of Earth’s atmosphere using a high-altitude balloon, which can hold up to eight passengers for a six-hour trip at an anticipated price of around $125,000 per person.

The plan, according to the company, is to use its so-called “Spaceship Neptune” capsules to host both tourists and research payloads, with a cruising height of around 100,000 feet. It’s actually technically not space, but the company promises fantastic views that will include sights like the actual curvature of the Earth. The six-hour trip will include a two-hour ascent, a two-hour flight at the top of the atmosphere and a two-hour descent back to Earth, according to Space Perspective. The company intends to launch its balloons and capsule from Kennedy Space Center in Florida, and when it returns to Earth, it’ll splash down in the Atlantic Ocean, where a ship will retrieve the passengers and the capsule. The FAA will regulate all of Space Perspective’s human flights, and it’s working with the U.S. regulatory agency in advance of its planned crewed missions, which are likely still a few years away, at least.