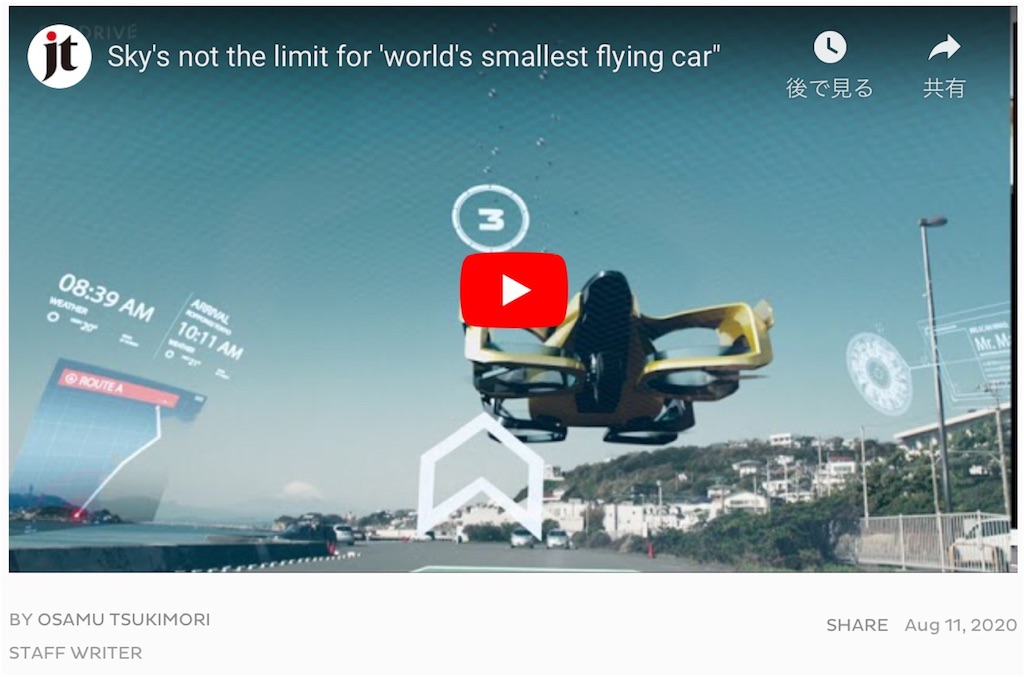 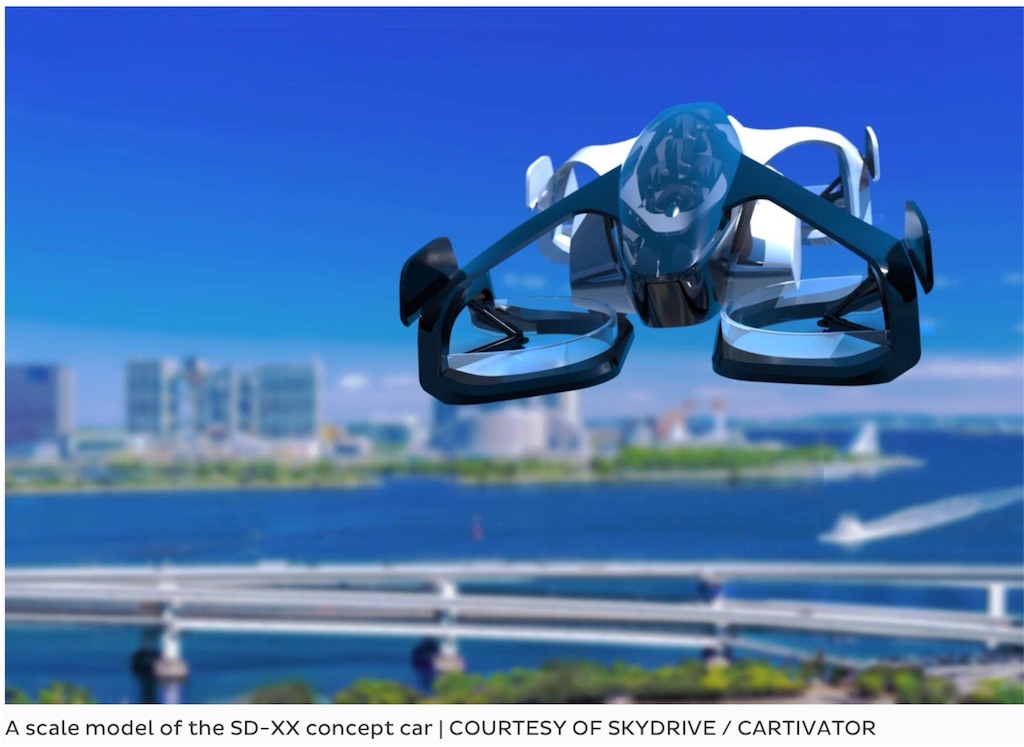 From horse-drawn carriages to the invention of cars, ships and air balloons, history shows that the change in human mobility happens only around once in a century.

And about 100 years after the start of mass production of Ford Motor Co.’s Model T, the human race is about to witness another mobility revolution, according to a former Toyota Motor Corp. engineer who now heads a startup that is betting on launching a commercial flying taxi service in 2023.

Tokyo-based SkyDrive Inc.’s CEO Tomohiro Fukuzawa is convinced that by 2050 anyone will be able to fly to any destination within the capital’s 23 wards in 10 minutes. The potential is enormous, with global demand for electric vertical take-off and landing aircraft (eVTOL) set to reach $1.5 trillion (¥158 trillion) by around 2040, according to research by Morgan Stanley in 2019.