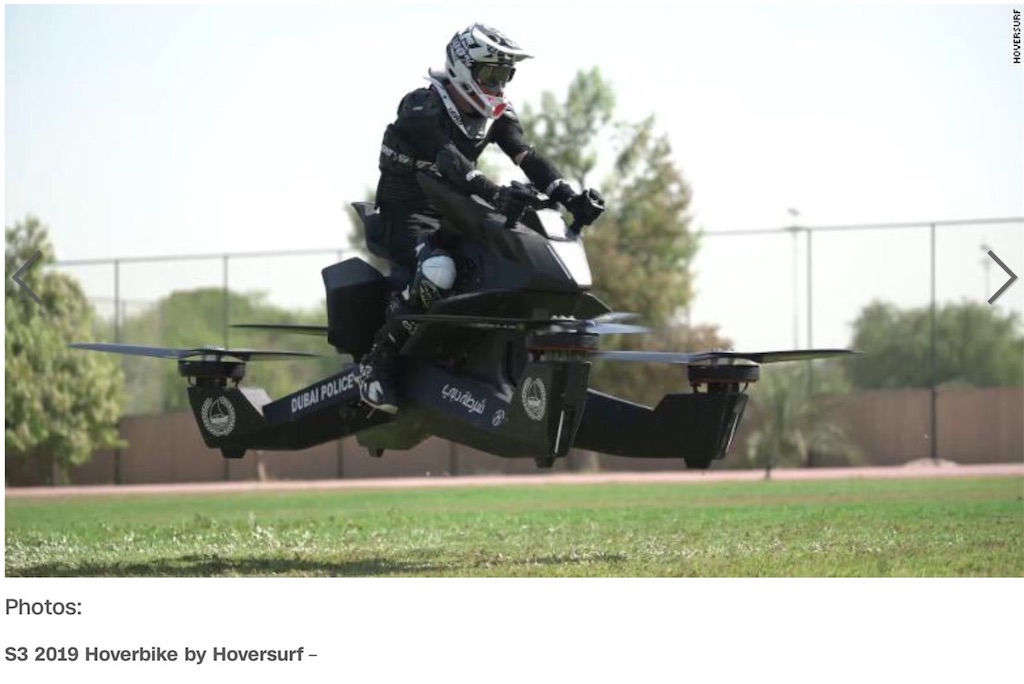 CNN - The flying motorbike is back in Dubai -- and you could see the police riding one in the not-too-distant future.

A year after California-based startup Hoversurf showcased its hoverbike at tech expo GITEX in the white and green livery of the Dubai Police, the company has returned with a new model and evidence its electric vertical take-off and landing (eVTOL) vehicle might be, well, taking off.
Making good on a deal signed in 2017, Hoversurf has now gifted Dubai Police its first serial production unit of the S3 2019 Hoverbike and has begun training officers to fly it.