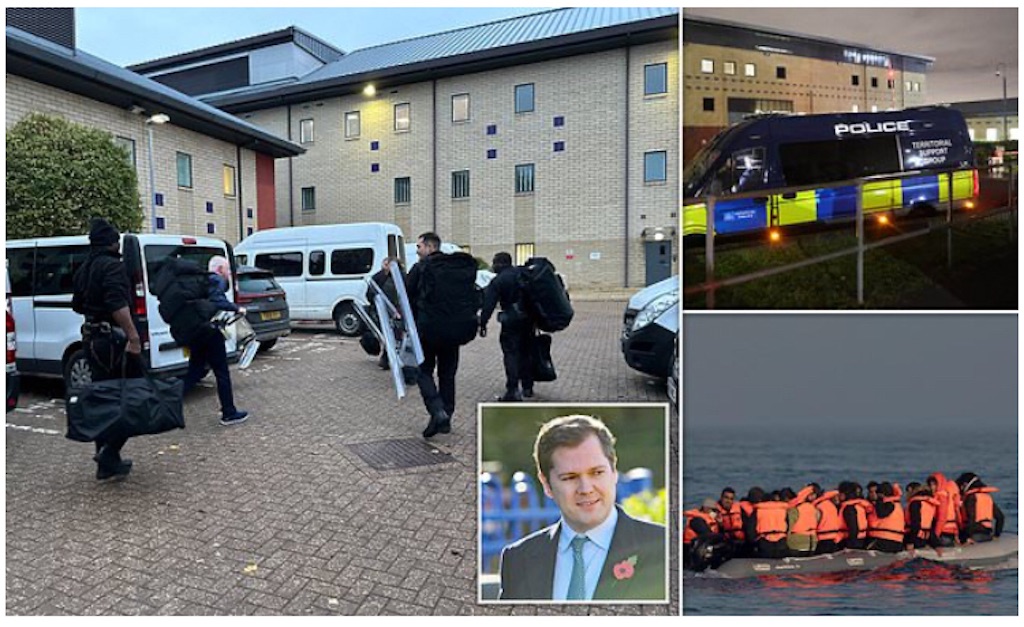 Electricity and water had been off for 17 hours. In darkness, screaming inmates, earmarked for removal from the UK, broke up furniture and banged it on floors and walls.

They used tables and chairs to make fires in the exercise yard and crafted them into weapons to fight each other.

An acrid smell hung in the air as the inmates, failed asylum seekers and convicted criminals, burned bedding.

During the riot at the Harmondsworth centre in west London, staff locked themselves in offices. The interior of double-storey Beech House – for Albanian, Indian, Vietnamese, African and Algerian deportees – was almost completely destroyed.