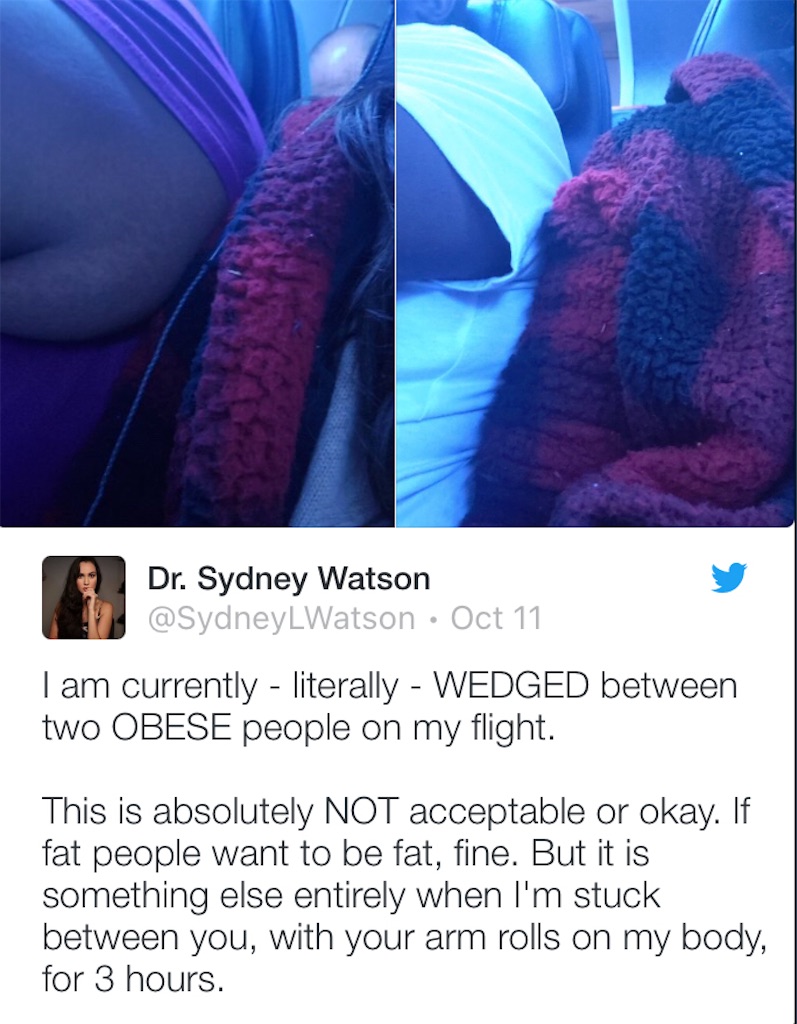 An American Airlines passenger is asking the company for "reparations" after tweeting that she was "wedged" between two "obese people" on a three-hour flight.

Sydney Watson, who describes herself as an Australian/American political commentator, posted to Twitter on Monday stating that she was "literally - WEDGED between two OBESE people on my flight."

"This is absolutely NOT acceptable or okay. If fat people want to be fat, fine. But it is something else entirely when I'm stuck between you, with your arm rolls on my body, for 3 hours," Watson said.

In the tweet thread, Watson said that "If you need a seat belt extender, you are TOO FAT TO BE ON A PLANE."

« Screams, violence, and fires: After 17-… What Is the Highest Rated Luxury Cruise… »
プロフィール