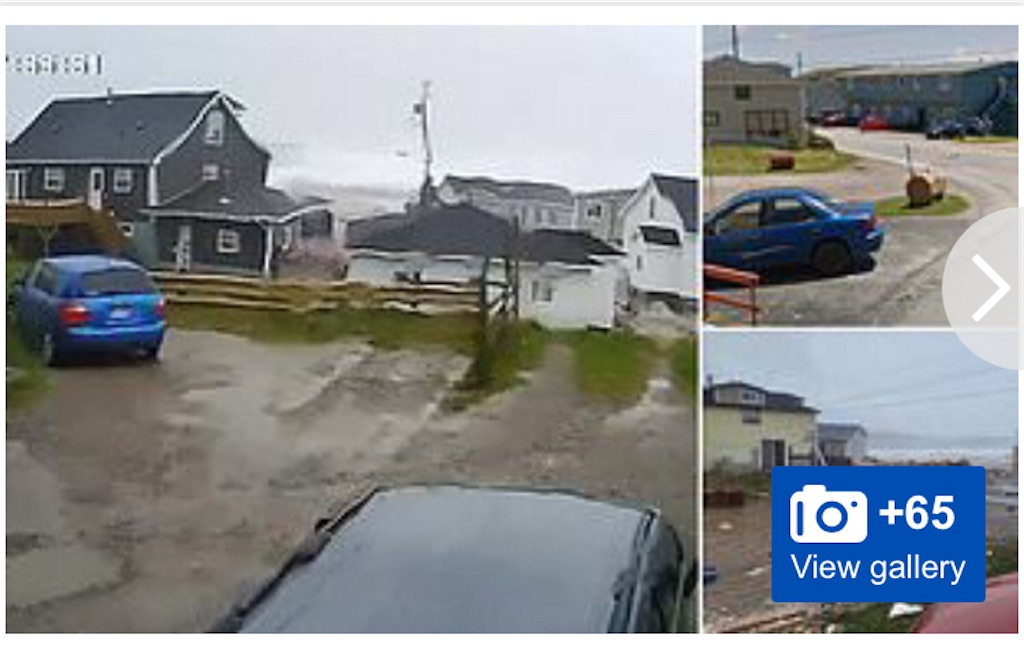 Horrifying moment 'tsunami-style wave' wipes out houses in stunning Newfoundland town as Canada is thrashed by Hurricane Fiona: Homes swept out to sea as a woman missing and 471,000 without power

Fiona continues to devastate Canada as the storm threw half a million into darkness, left one woman missing, and swept away homes onto the roads after slamming into Newfoundland on Saturday.

Shocking footage of Fiona's impact shows the moment a storm surge triggers a tsunami-style wave in a residential area of Port Aux Basques, knocking homes out of their foundations as dwellings and cars alike get swept by the waters.

The battered homes in the town could be seen standing askew following the waves as the streets were left flooded and littered with debris.

Post-Tropical Cyclone Fiona, as it is now called after being downgraded by the National Hurricane Center, punished the coastal towns of Nova Scotia, Prince Edward Island, New Brunswick and Newfoundland with winds of more than 80mph, which knocked out power to 470,000 households.