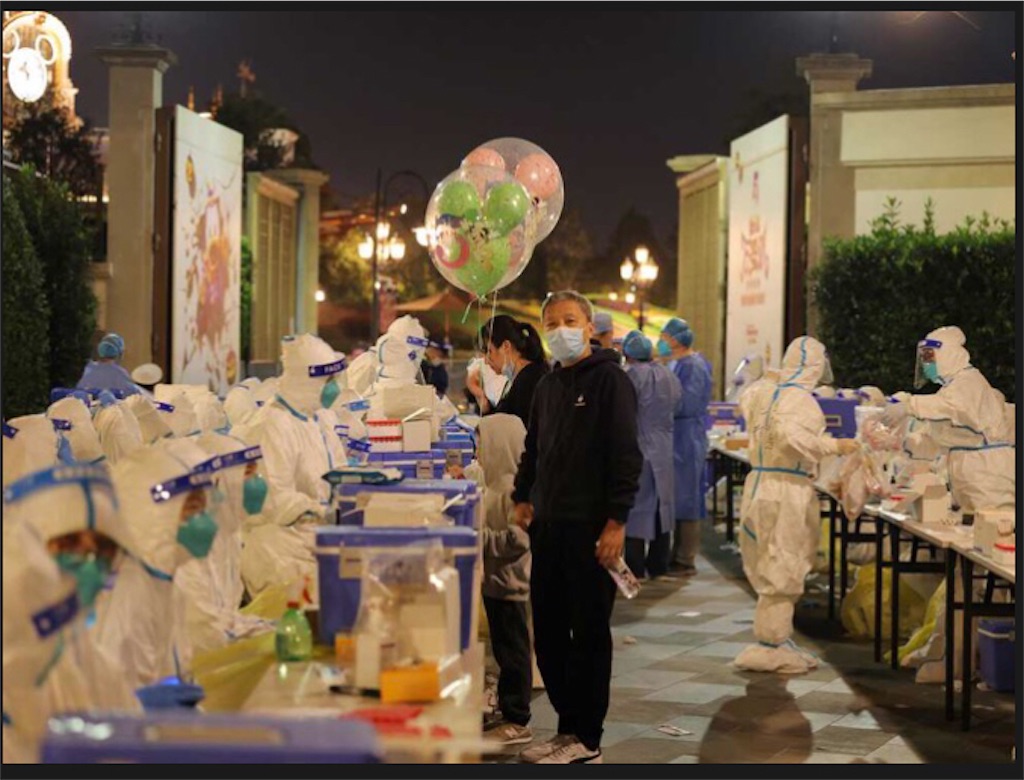 Shanghai health authorities say they have tested nearly 34,000 people in a single night for COVID-19 at Shanghai's Disneyland.

On Sunday evening, the city suddenly closed Shanghai Disneyland and banned anyone inside from leaving. They also shut down the metro station that services the theme park. The park said they did so to cooperate with a contact tracing investigation after a woman who visited the park Saturday later tested positive for the coronavirus in neighboring Jiangxi province.

Shanghai announced on Monday that all of the guests who had been tested over the weekend came back negative for COVID-19, according to the Associated Press. Authorities said they will have to be tested again, the outlet reported.