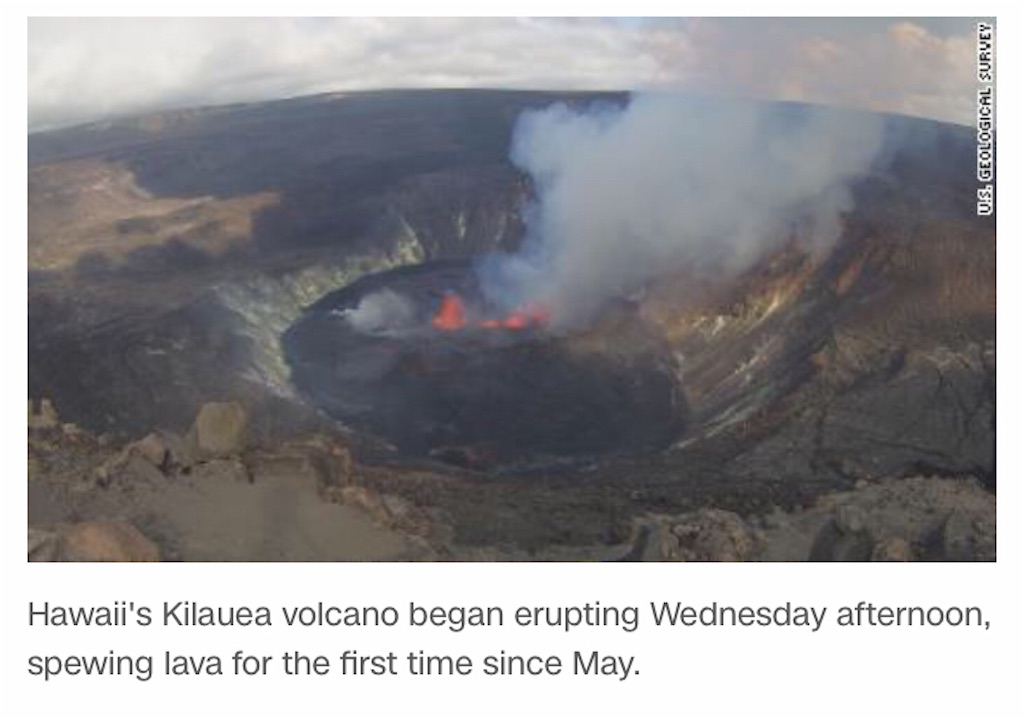 CNN - Hawaii's Kilauea volcano began erupting Wednesday afternoon for the first time since May, spewing lava at Hawaii Volcanoes National Park.
Officials note that while there is no present danger to nearby residents on Hawaii's Big Island, the situation will be monitored for further escalation.
The US Geological Survey's Hawaiian Volcano Observatory had raised its watch alert level earlier in the day after it recorded an increase in seismic readings.
"Increased earthquake activity and changes in the patterns of ground deformation at Kilauea's summit began occurring as of approximately noon on September 29, 2021, indicating movement of magma in the subsurface," USGS said.