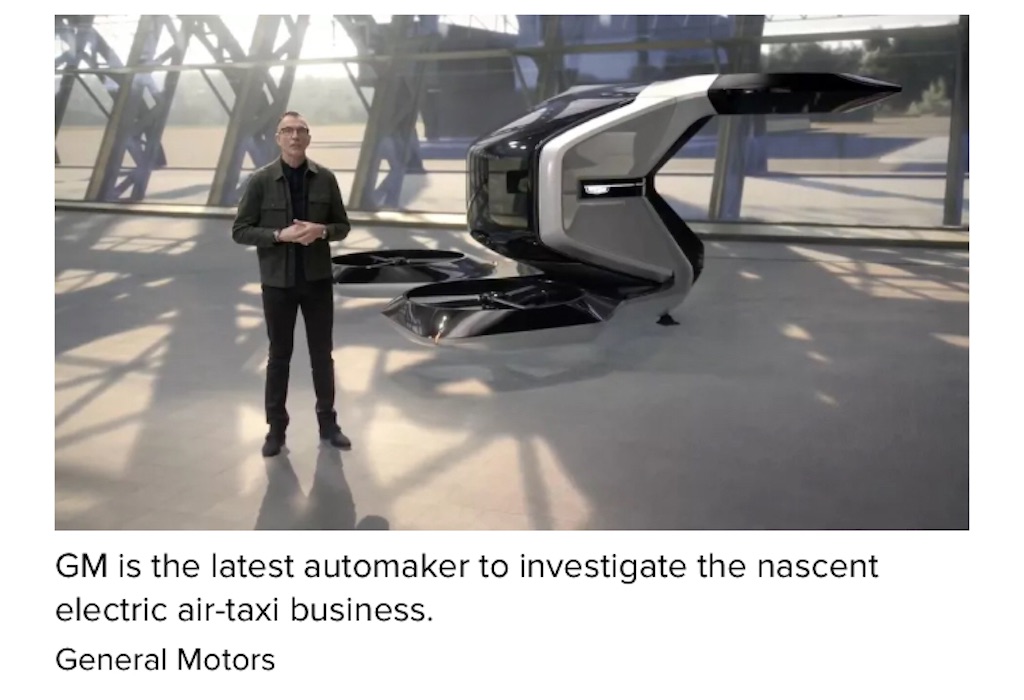 General Motors is telegraphing that it, too, plans to join the burgeoning eVTOL air-taxi business -- and the company plans to do it in style. As part of its virtual CESexpo, GM Exhibit Zero, the automaker on Tuesday revealed renderings and animations of a Cadillac-branded personal aircraft powered by batteries.

The sleek, electric vertical take-off and landing aircraft would be GM's first foray into aerial mobility, and the company says this four-rotor aircraft is powered by a 90-kWh battery to deliver speeds of up to 56 mph. Beyond that, details are scarce -- GM stopped short of offering more technical details, let alone committing to production or detailing a time frame in which we can expect to see these eVTOLs, as they're known, in the air. Based on the images, this looks like a single-seat drone, presumably for short urban hops executed autonomously.