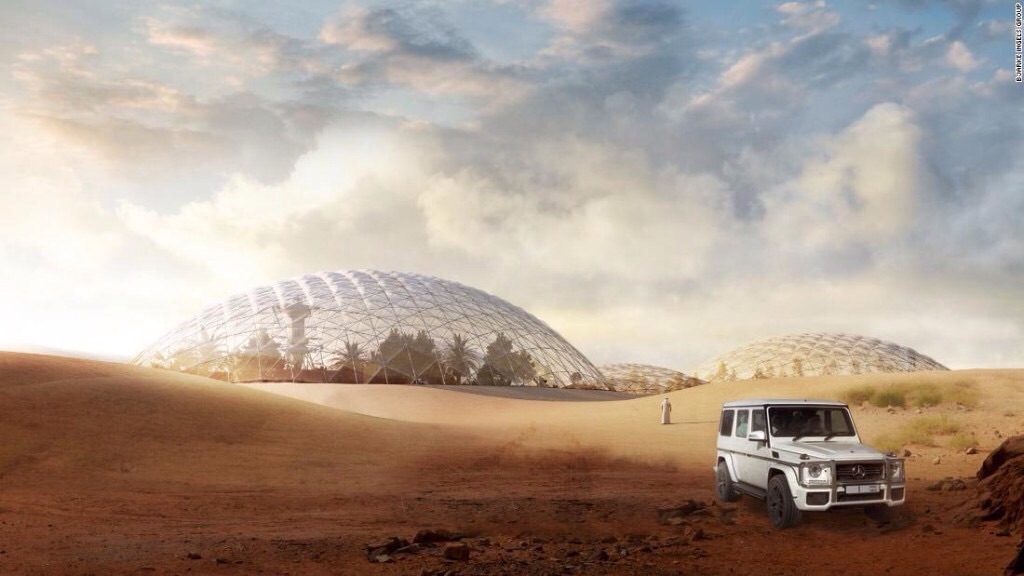 Dubai is a city where firefighters use jetpacks, archipelagos are built from scratch, and buildings climb into the clouds; a slick metropolis in the middle of a vast red desert. First-time visitors would be forgiven for thinking they had stumbled onto a film set for a sci-fi movie.
Now Dubai is set for what must be its most other-worldly architectural project yet.
In 2017, the United Arab Emirates announced its ambition to colonize Mars within the next 100 years. But architects are already imagining what a Martian city might look like -- and planning to recreate it in the desert outside Dubai.
Mars Science City was originally earmarked to cover 176,000 square meters of desert -- the size of more than 30 football fields -- and cost approximately $135 million.
Intended as a space for Dubai's Mohammed Bin Rashid Space Centre (MBRSC) to develop the technology needed to colonize Mars, architects Bjarke Ingels Group were asked to design a prototype of a city suitable for sustaining life on Mars -- and then adapt it for use in the Emirati desert.