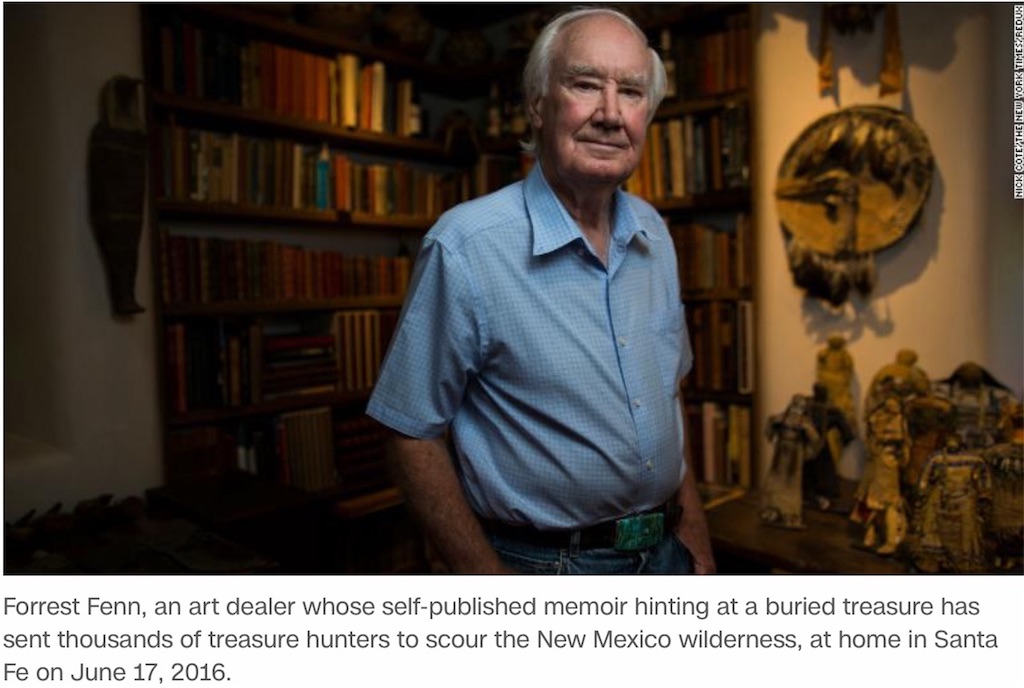 CNN - Thousands of brave souls have ventured into the Rocky Mountains for the past decade, searching for a treasure chest filled with gold, rubies, emeralds and diamonds.

But that adventure has finally come to an end. The treasure has been found.
Forrest Fenn, the 89-year-old art and antiquities collector who created the treasure hunt, made the announcement Sunday on his website.
"It was under a canopy of stars in the lush, forested vegetation of the Rocky Mountains and had not moved from the spot where I hid it more than 10 years ago," Fenn wrote in his announcement. "I do not know the person who found it, but the poem in my book led him to the precise spot."
The treasure was found a few days ago by a man who did not want to be named, Fenn told the Santa Fe New Mexican. He noted, however, that the man was from "back East" and that he confirmed his discovery by sending Fenn a photograph of his newfound riches.
The treasure, estimated to be worth over $1 million, was a way for Fenn to inspire people to explore nature and give hope to people affected by the Great Recession, he said.