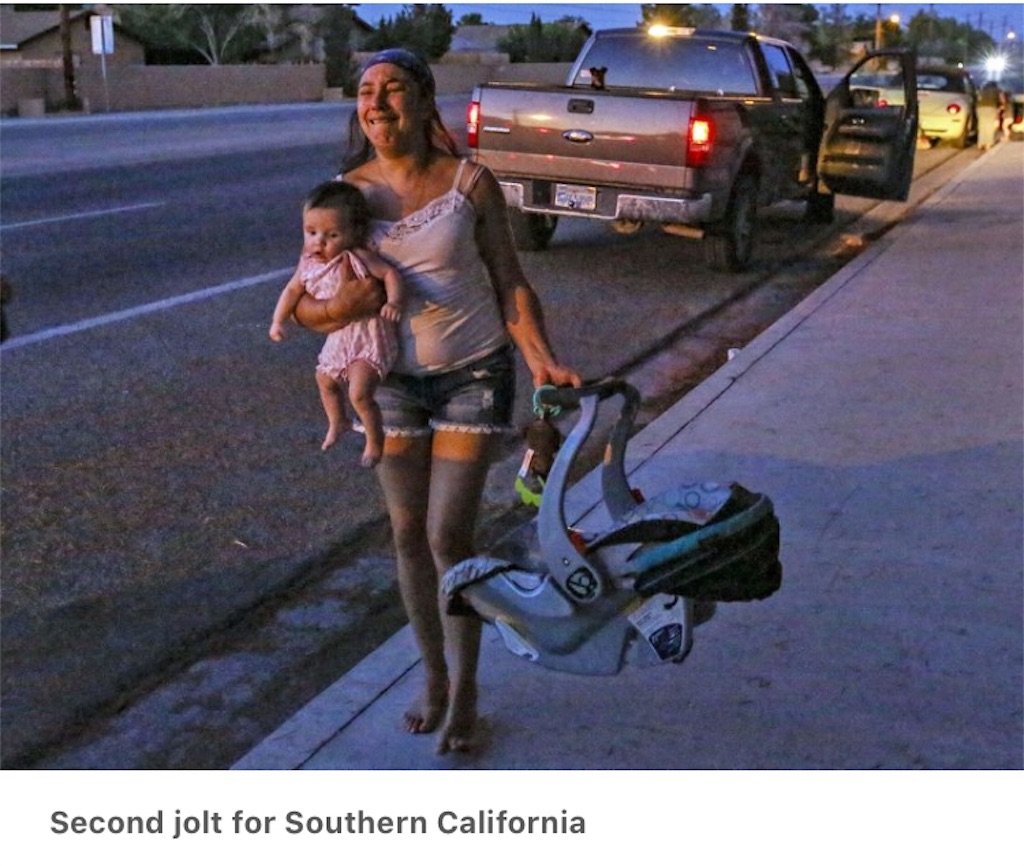 A magnitude 7.1 earthquake struck Southern California on Friday night, the second major temblor in less than two days and one that rocked buildings across Southern California, adding more jitters to an already nervous region.
The quake was centered near Ridgecrest, the location of the July Fourth 6.4 magnitude temblor that was the largest in nearly 20 years. It was followed by an aftershock first reported as 5.5 in magnitude. Scientists said the fault causing the quakes appears to be growing.