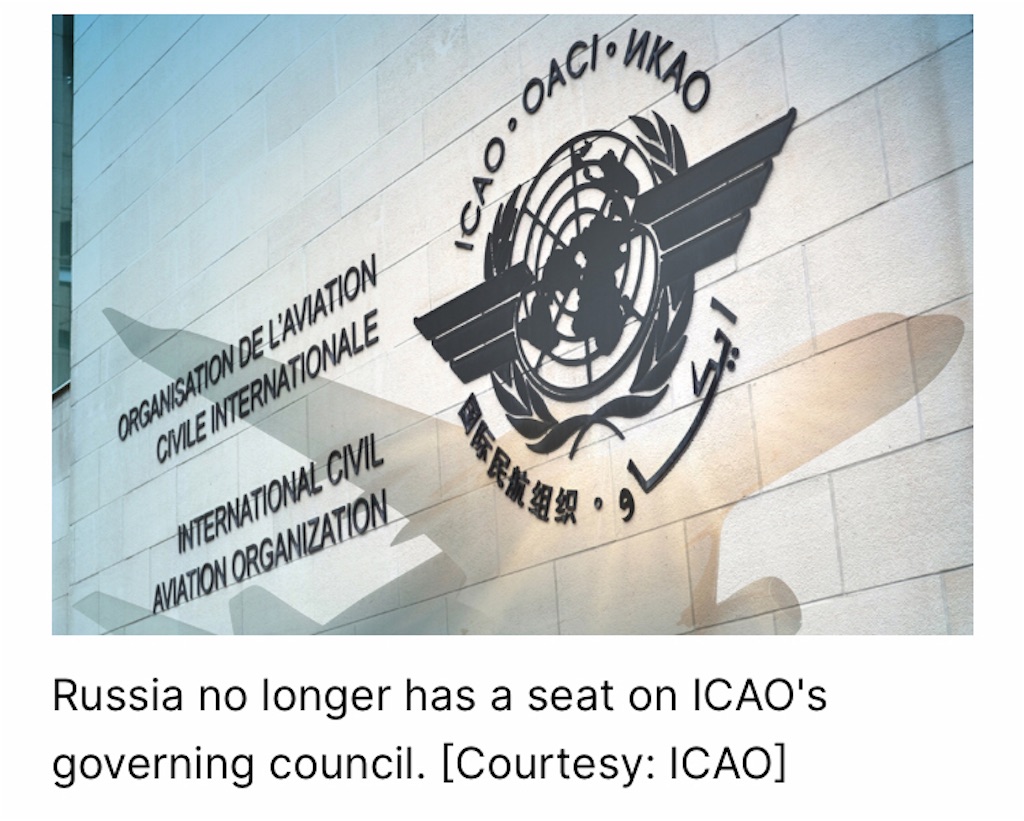 Russia’s actions during its brutal and continued siege of Ukraine cost it its seat as one of 36 members of the International Civil Aviation Organization’s (ICAO) governing council in Montreal, Canada, this week.

Central to Russia’s loss of support among other member states—and their votes needed to secure its position on the United Nations aviation council—was its aviation-related attacks on Ukraine, from targeting its airports to invading its airspace.

The bombing of Ukrainian airports during the ongoing war violated international aviation accord held in place since 1944, Yuliya Kovaliv, Ukraine’s ambassador to Canada, said, according to Reuters. “It is important that all the ICAO members addressed such a drastic breach of the Chicago Convention,” she said.