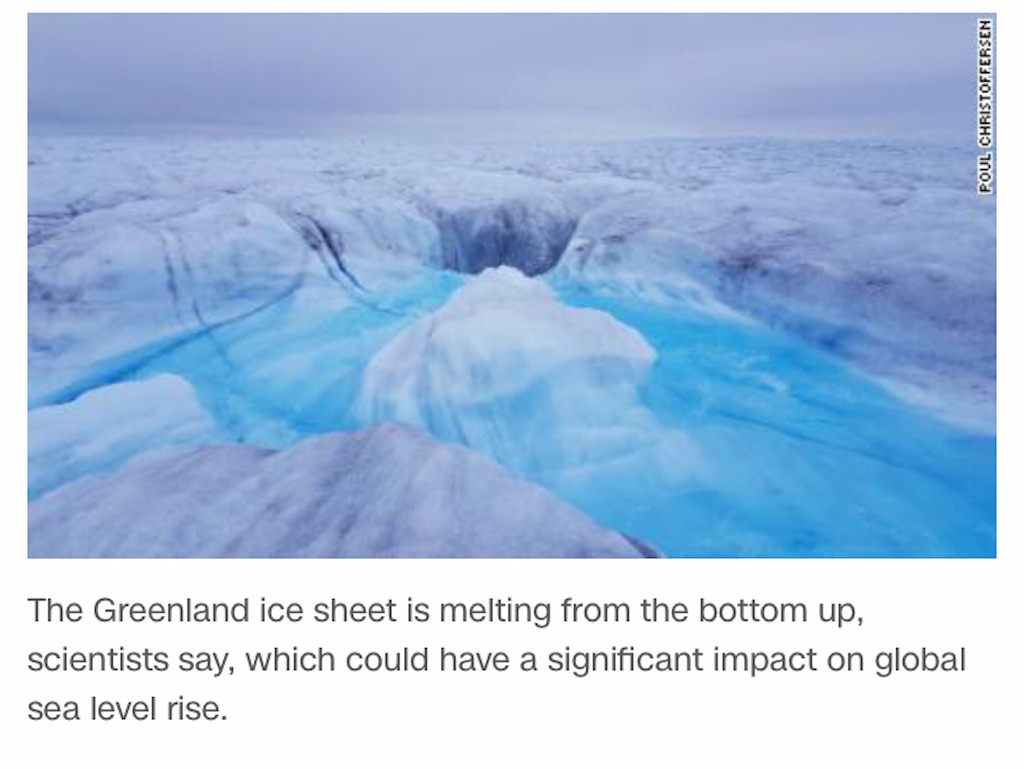 CNN - The ice sheet covering Greenland is melting rapidly at its base and is injecting far more water and ice into the ocean than previously understood, according to new research, which could have serious ramifications for global sea level rise.
"Unprecedented" rates of melting have been observed at the bottom of the ice sheet, caused by huge quantities of meltwater falling down from the surface, according to the study published in the Proceedings of the National Academy of Sciences.
As the meltwater falls, its gravitational potential energy is converted to kinetic energy, which ultimately warms the water as it pools at the base of the ice sheet. In that process, the study found that the Greenland ice sheet produces more energy than the world's 10 largest hydroelectric dams combined.

« Russia Does Not Have Air Superiority In… Ukraine conflict: Many misleading image… »
プロフィール