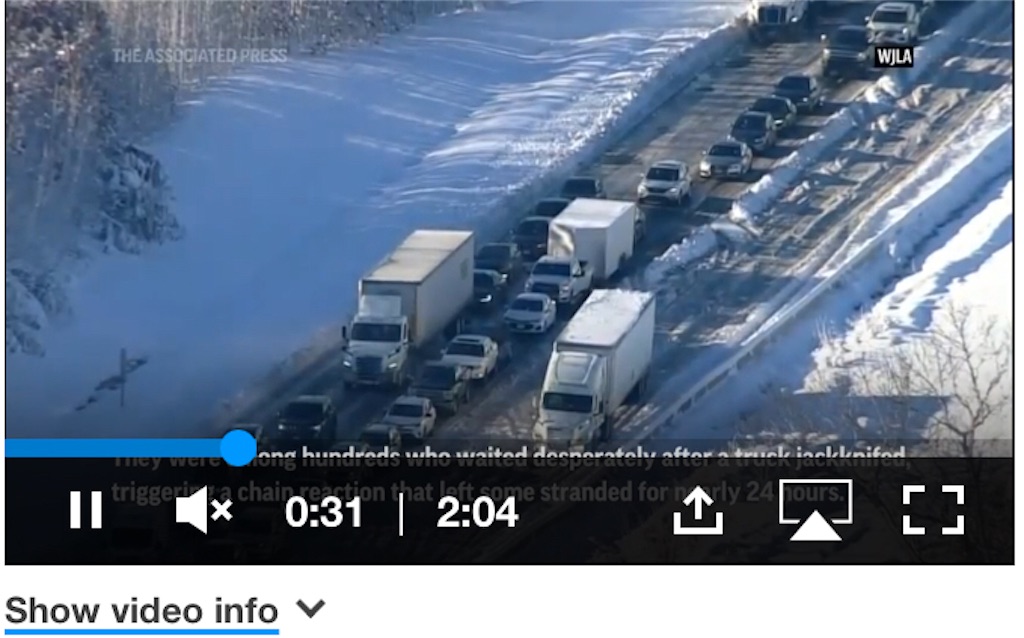 A Maryland couple stranded on Interstate 95 in Virginia after a winter storm slammed several Eastern states helped distribute bread from a nearby bakery truck to dozens of other stuck motorists who also had not eaten for hours. All it took was a phone call to ask for permission. Casey Holihan and her husband, John Noe, were stopped on the interstate for hours while driving from their home to visit Noe’s family in North Carolina, according to multiple reports.