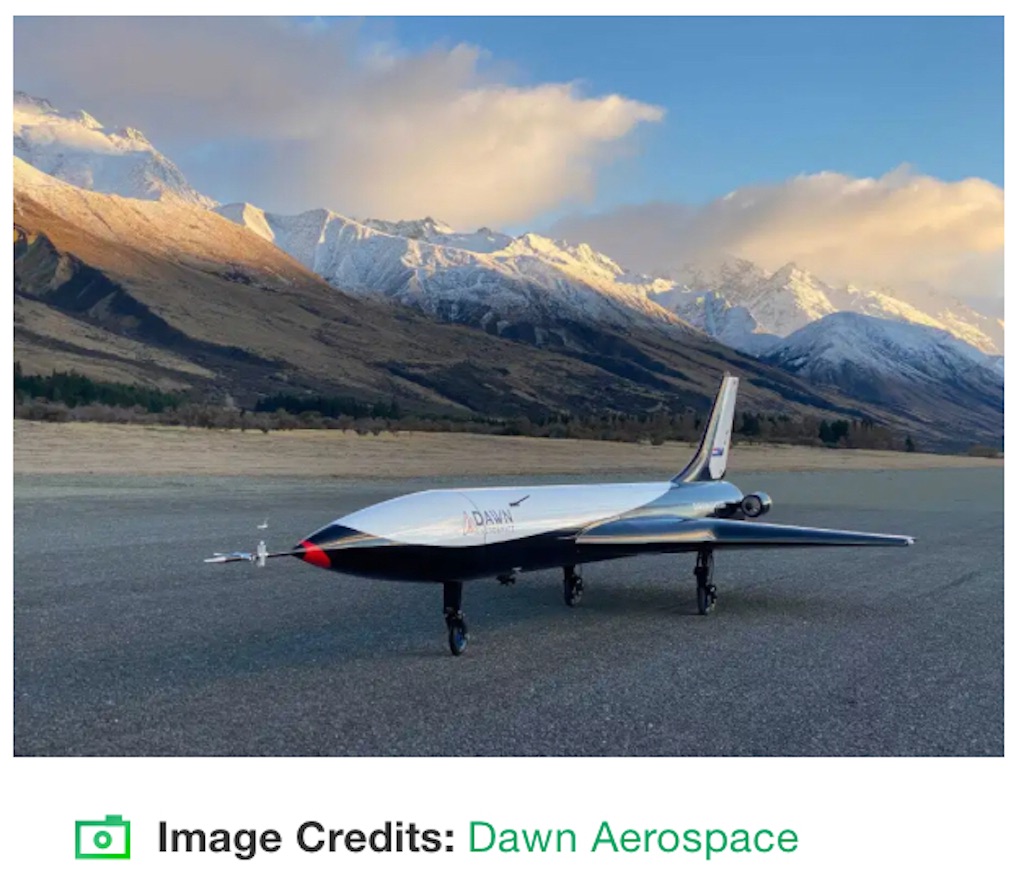 While the rocket launch sector is quickly becoming crowded, the same can’t be said for companies developing suborbital spaceplanes. This means there’s plenty of room to grow for startups like Dawn Aerospace, which has now completed five test flights of its Mk-II Aurora spaceplane that is designed to fly up to 60 miles above the Earth’s surface.

The flights, which took place at the Glentanner Aerodrome in New Zealand’s South Island in July, were to assess the vehicle’s airframe and avionics. While the vehicle only reached altitudes of 3,400 feet, the flights allowed Dawn’s team to capture “extensive data enabling further R&D on the capability of Mk-II,” CEO Stefan Powell said in a statement.