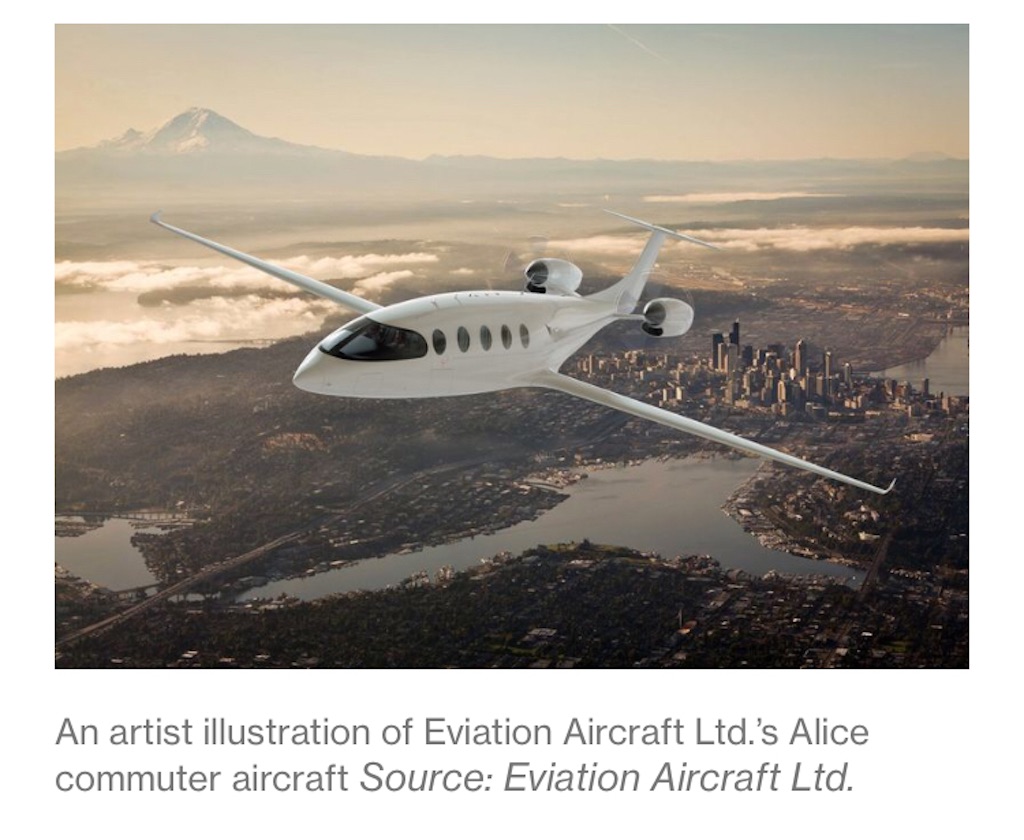 Electric-plane startup Eviation Aircraft Ltd. unveiled the production version of its Alice commuter aircraft, saying the pioneering model is set for an inaugural flight in the second half of this year ahead of service entry in 2024.

Eviation, whose plans have been delayed for about a year due to the coronavirus pandemic, is pitching a traditional fixed-wing design rather than the vertical takeoff, multi-rotor setup favored by similar startups.

The Alice will also be bigger than such eVTOL planes, carrying nine passengers for 650 miles (1,046 km), making it suited to the U.S. commuter market currently served by a variety of light aircraft. The production model incorporates several changes from earlier blueprints, switching to a T- from a V-shaped tail and repositioning two electric propulsion units from the wingtips to the rear.