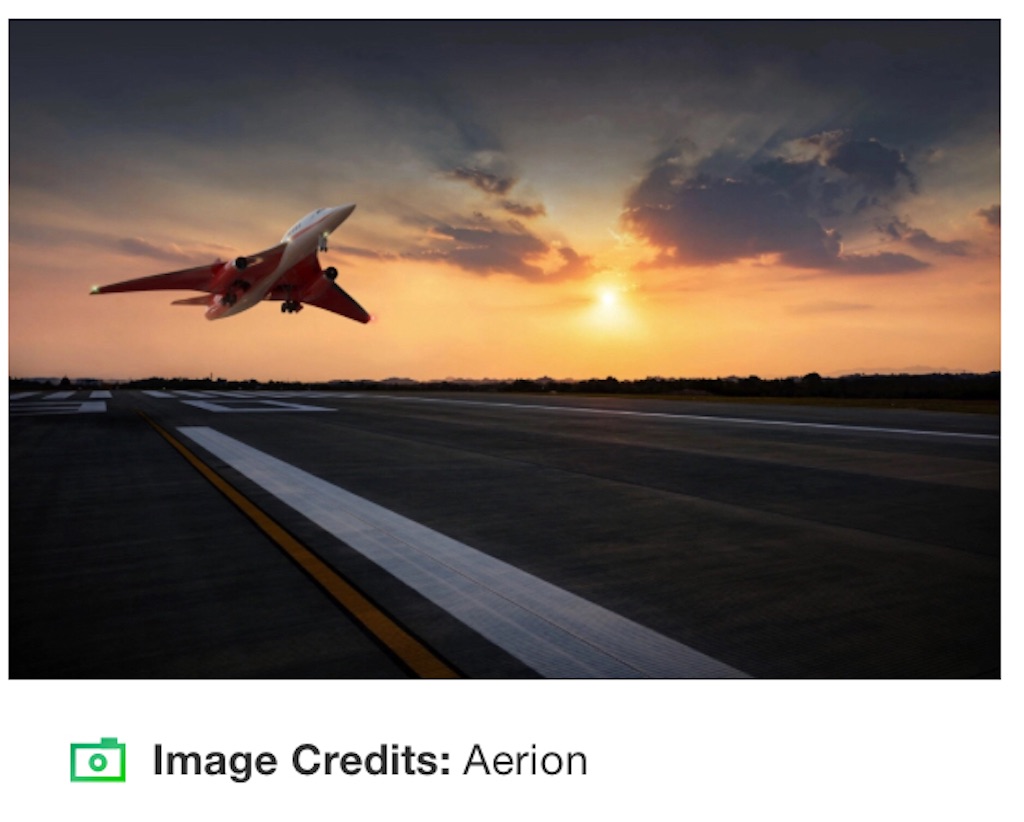 Aerion has been working on ushering in a new era of commercial supersonic flight for nearly a decade now, and the company just revealed that it has signed a new partnership with NASA to put that experience to use in the pursuit of supersonic point-to-point travel — the technical name for putting to use the kind of high-speed flight typically associated with space launches for helping people move very quickly from one place on Earth to another.

The new collaboration comes via the Space Act Agreement, which basically allows NASA to enlist the aid of private companies to help it achieve its various goals. NASA has been developing high-Mach, supersonic aircraft technologies for some time now, in particular through its arrangement with Lockheed Martin to build and fly the X-59 QueSST, a demonstrator aircraft that will show how supersonic craft can also operate relatively quietly, with so-called “low-boom” capabilities that avoid the loud sonic booms produced by most supersonic vehicles when they break the sound barrier.