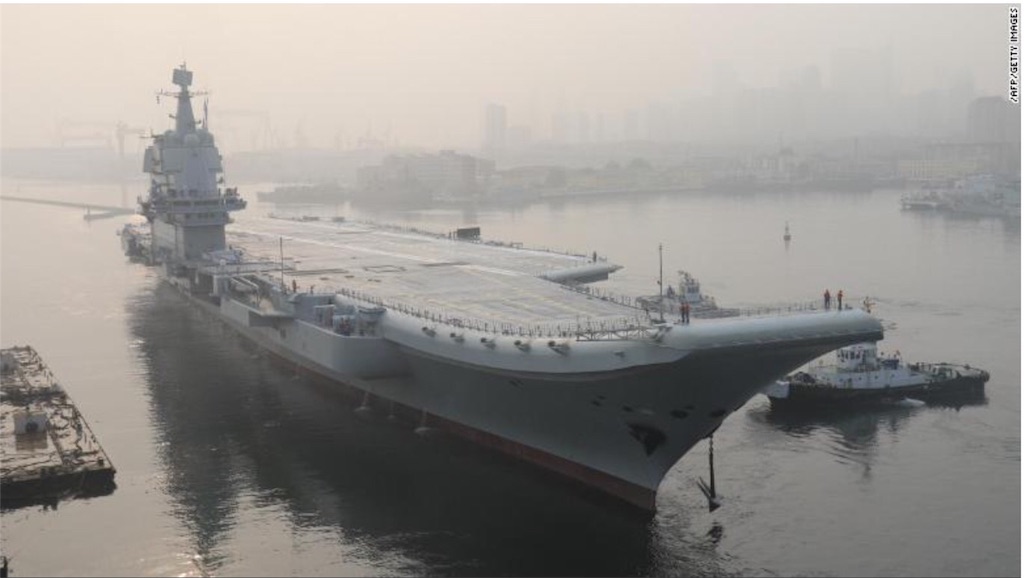 Xi attended the commissioning ceremony in the southern province of Hainan Tuesday, according to state-run media, where the Shandong finally entered service as part of the People's Liberation Navy.
According to state-run news agency Xinhua, Xi presented a Chinese flag and a certificate with the ship's official name to the ship's captain and political commissar.
The Shandong, which uses conventional rather than nuclear propulsion, is the second carrier in the Chinese fleet. China's first aircraft carrier, the Liaoning, a retrofitted Soviet-era vessel, was purchased from the Ukrainian government in 1998.
Both the Liaoning and the Shandong use ski-jump style ramps at the end of the flight deck to launch planes, a comparatively older technology that has been largely replaced by the United States Navy in favor of "catapult" technology.