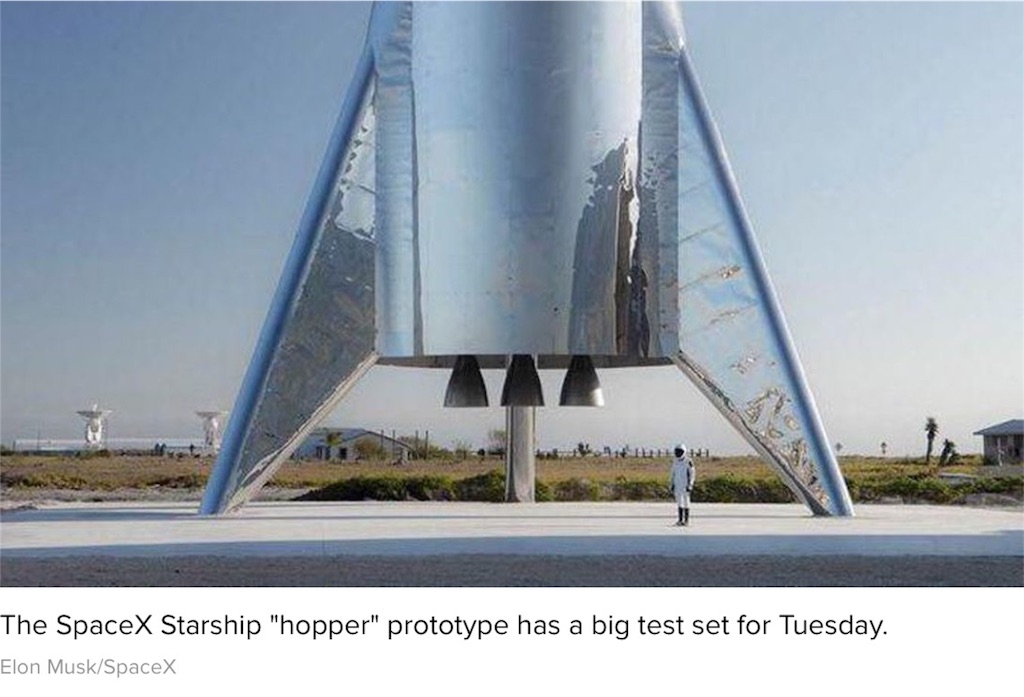 Ever since SpaceX founder Elon Musk unveiled the bright and shiny Starship prototype, space fans have been aching for it to take off in a blaze of glory. We're almost there. The current Starship prototype, a "hopper" vehicle built for short test flights, is ready for hovering.

Musk took to Twitter late Thursday to share the schedule. "Raptor engine mounted on Starhopper. Aiming for hover test Tuesday," he tweeted using the nickname for the Starship "hopper" prototype. Tuesday also happens to mark the 50th anniversary of NASA's launch of the Apollo 11, which carried humans to the surface of the moon in 1969.