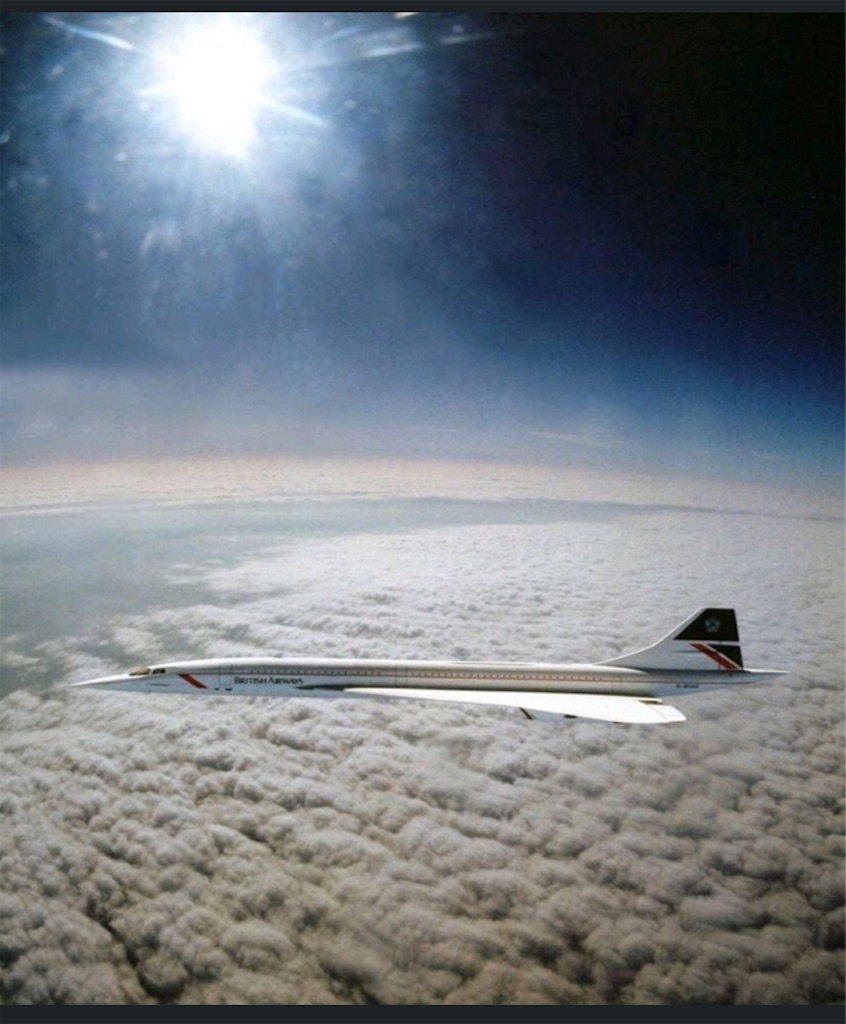 This is the only photograph of Concorde flying at supersonic speed. It was taken by Adrian Meredith who was flying in an RAF Tornado jet during a rendezvous with the Concorde over the Irish Sea in April 1985. Although the Tornado could match Concorde’s cruising speed it could only do so for a matter of minutes due to the enormous rate of fuel consumption. Several attempts were made to take the photo, and eventually the Concorde had to slow down from Mach 2 to Mach 1.5-1.6 so that the Tornado crew could get the shot. After racing to catch the Concorde and struggling to keep up, the Tornado broke off the rendezvous after just four minutes, while Concorde cruised serenely on to New York.