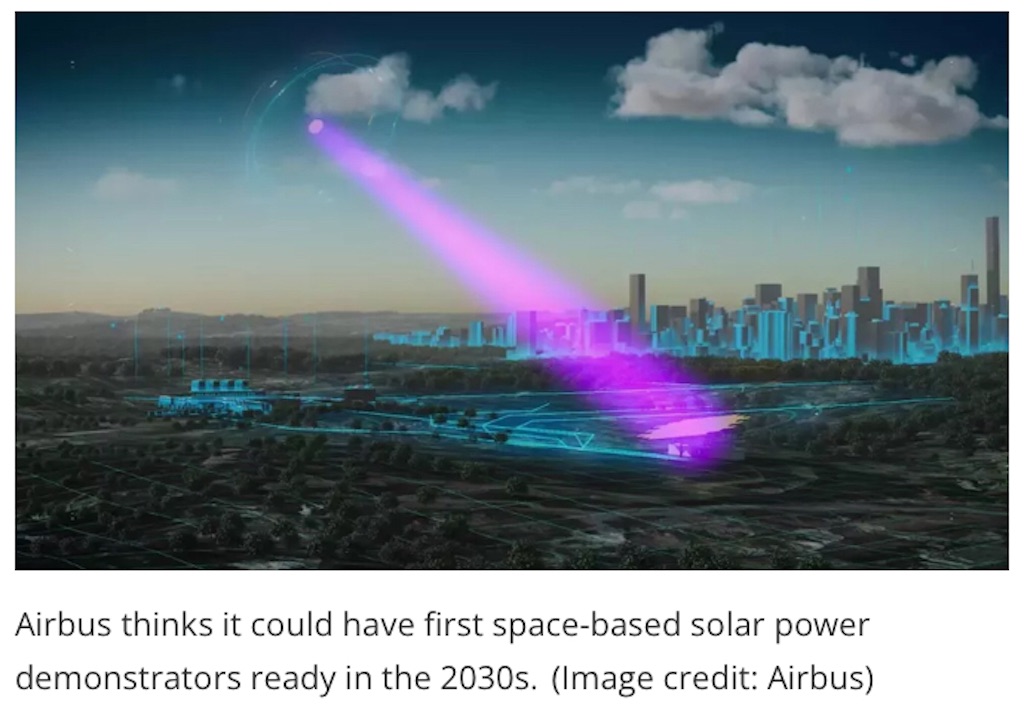 The new experiment was just a small step, but it could lead to big things.

European aerospace giant Airbus demonstrated how solar power could be beamed from space in a new experiment.

So far, the wireless transmission system has only bridged the distance of a little over 100 feet (30 meters), but engineers are confident they can increase its range to reach all the way to space within the next decade.

The demonstration, which took place at Airbus' X-Works Innovation Factory in Germany in September, saw electrical power transmitted from a photovoltaic panel in the form of microwaves to a receiver some 118 feet (36 m) away. The beamed energy lit up a model city and powered a hydrogen generator and a fridge containing alcohol-free beer that the audience later enjoyed.

Even though it might seem as a long way to go from 118 feet to Earth's orbit, Airbus engineers believe that "the first operating Power Beaming prototypes could be in use" by the early 2030s.