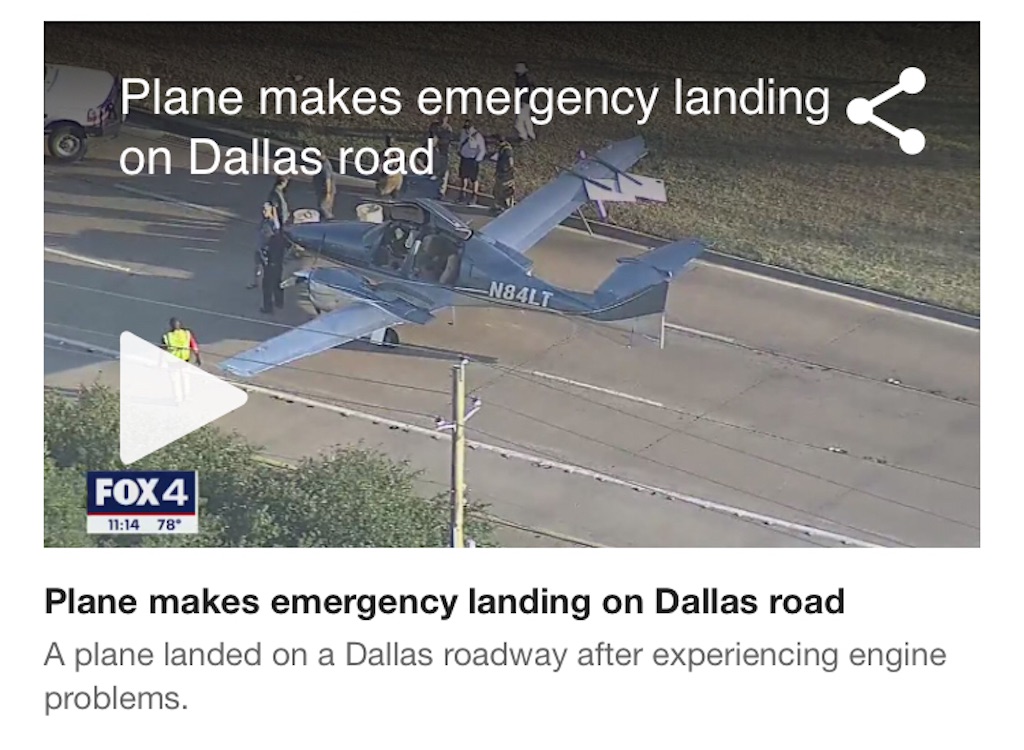 Few details have been released at this time, but the aircraft landed on Kiest Boulevard, between Loop 12 and Spur 408 in Dallas.

According to the FAA, this happened at about 3 p.m., when a multi-engine DA-62 landed about two miles northwest of Dallas Executive Airport, which is where it was set to land. The plane left from Winston Field in Snyder, Texas.

Investigators said the pilot experienced engine problems, struck a power line and a speed limit sign, before landing on the roadway.