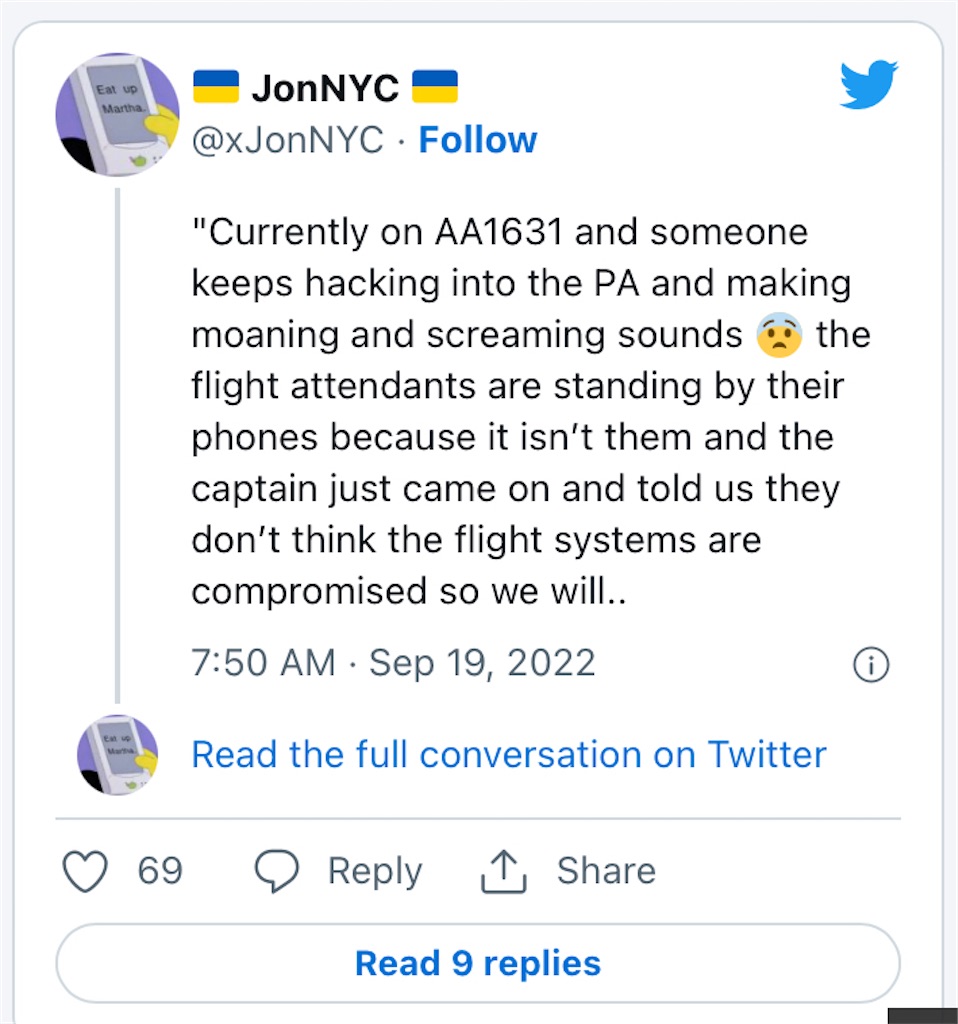 Reports of weird noises on airplane intercoms
The always insightful @xJonNYC has an interesting thread about some weird occurrences on airlines lately, involving the intercom.

The first report was from an American Airlines Boeing 737-800, where there were repeated hacking, moaning, and screaming noises over the PA. The flight attendants even stood by their phones throughout the cabin, to make sure no one was trying to use them.

When I first read that, I of course found it to be strange, but I didn’t think it was worth writing about. I figured maybe the source was incorrect, maybe a crew member was playing a prank, or maybe a passenger managed to get ahold of the PA. After all, surely airplane intercoms can’t be hacked from the ground, right?!