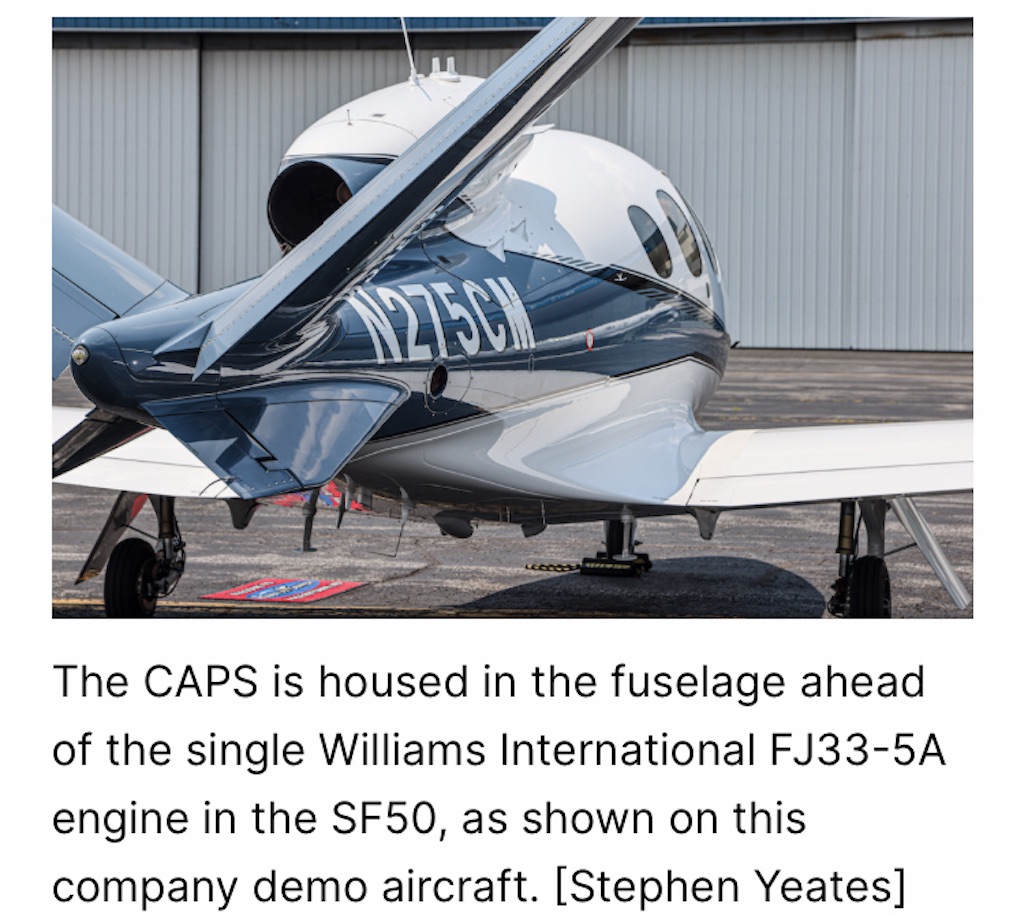 Successful deployment marks the first CAPS pull in a fielded aircraft for the SF50.

A pilot and two passengers are okay after the Cirrus Vision Jet went down after deploying the CAPS (Cirrus Airframe Parachute System), apparently while on approach to Kissimmee Gateway Airport (KISM) in Florida on Friday.

The scene following the deployment was reported by a local news affiliate as a marshy area in the “area of Lake Tohopekaliga,” where the pilot and a boy walked away and a second passenger, a woman, sustained “no life-threatening injuries.”

The SF50, powered by a single Williams International FJ33-5A, first flew in July 2008 and has been in service since December 2016, after several iterations and a measured development program to get the company’s first turbine aircraft right.