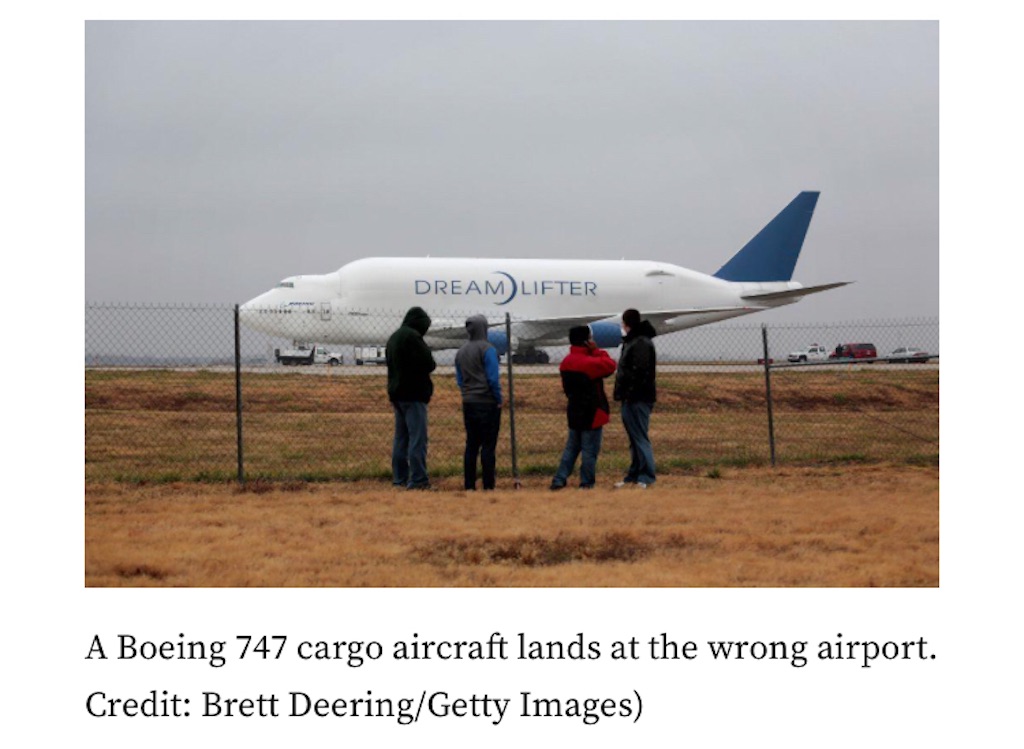 It might sound crazy, but every now and then professional pilots with plenty of experience find themselves landing at the wrong airport. Take the following cases as a couple of examples that occurred only within two months of each other:

On November 21, 2013, a Boeing 747-400LCF Dreamlifter mistakenly landed at Colonel James Jabara Airport, a small general aviation airfield in northeast Wichita instead of McConnell Air Force Base, nine miles to the south.

The flight crew was operating in night visual meteorological conditions (VMC) when during their approach the flight crew saw runway lights, which were misidentified. The crew was cleared for an RNAV approach into McConnell Air Force Base and completed the flight by visual reference to the Jabara runway. It was only once on the ground that the McConnell Air Force Base tower confirmed they were in the wrong place. For a time, the crew thought they had landed at Wichita Beech Field, also nearby. The Jabara runway was 6,101 ft long, whereas McConnell runways are 12,000 ft long: quite a threshold, especially for an aircraft of this enormous size.

On January 12, 2014, a Southwest Airlines B737 mistakenly landed at M. Graham Clark Downtown Airport in Branson, Missouri (PLK) as opposed to Branson Airport (BKG). The flight crew reported they were flying direct to a fix for an RNAV approach, also in night VMC, when they advised ATC they had the airport in sight. Upon being cleared for the visual approach, the flight crew flew to the airport they saw out the windshield instead of the airport depicted on their cockpit displays. The aircraft ultimately stopped at the end of a 3,738-ft runway after the brakes were heavily applied.